Traveling the world and finding yourself 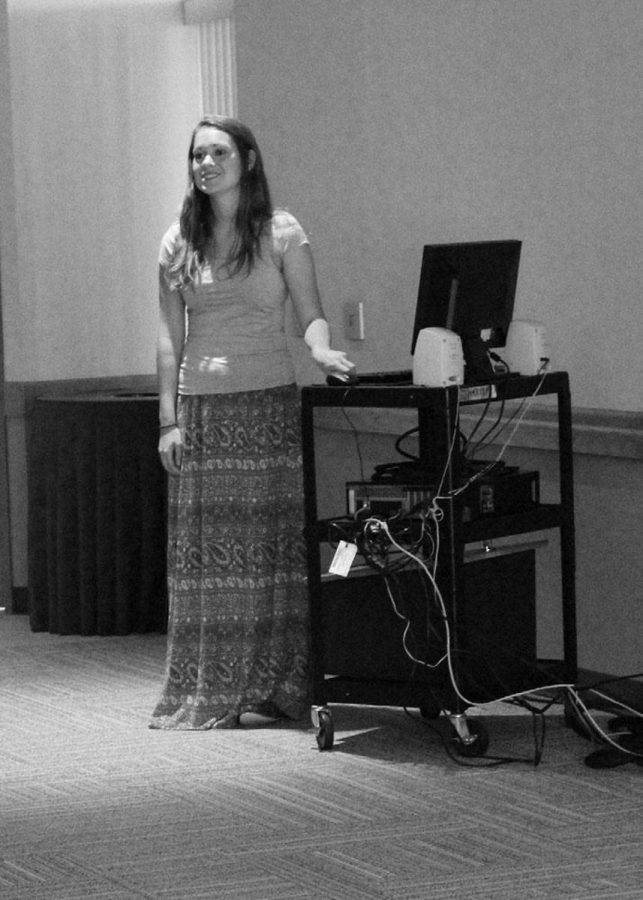 Bethany Janzen presents to her peers on her expeience while studying abroad in Taiwan and China.

WSC student Bethany Jan­zen told a packed audience in the Kanter Student Center last Tuesday about her experience studying abroad in Taiwan and China for one semester last year.

“My favorite experience was getting to live in another cul­ture, getting to make relation­ships and being able to have that culture become a part of my own,” Janzen said.

Janzen spent two months in Taiwan and two weeks in China. She talked about the culture and some differ­ences she noticed, whether it was about the people, sights, food or campus life.

Janzen mentioned mul­tiple times how nice the people were and how they made living in Taiwan a unique, enjoyable experi­ence. The Taiwanese peo­ple were extremely kind, and Janzen mentioned a time when a friend even translated a menu since the group couldn’t read to find out what they had ordered.

The Asia Study Abroad Group of 2015 got the op­portunity to explore Taiwan and China seeing historical sights in the area. They ex­plored the city of Tainan, the oldest city in Taiwan, as well as the Sun Moon lake, the largest body of water in Taiwan. The group also visited The Great Wall of China and the Forbidden City in Beijing, which Janzen mentioned were extremely impressive to see with all of the history behind them.

Food greatly differed in Taiwan and China compared to Nebraska. Janzen went with friends to night markets, and she was able to try dishes like fried squid or blood cakes (pig blood and rice). Pigs blood was not her favorite dish, but she did find food there overall flavorful and delicious.

The exchange students, in­cluding Janzen, went to Provi­dence University, and college life was also different compared to Wayne State College. For instance, students there would often use umbrellas and place them outside their rooms, mak­ing this a part of their cam­pus life. There was also a midnight curfew and squat­ting toilets, and though cam­pus life seemed strange at first, Janzen got used to the differences.

At the end of Janzen’s speech, Professor Wen-chi Vivian Wu, who teach­es at Providence Uni­versity in Taiwan, was introduced.

“This is my fifth visit to Wayne. It’s so peaceful and so quiet, and it is a very nice campus. That is why I keep coming back to Wayne State College,” she said.

Professor Wu, who teaches English as a second language at Providence, mentioned the size dif­ference between the two schools. Enrollment at Providence is about 13,000 students, while WSC has about 3,500 students.

Overall, Janzen enjoyed her trip to Taiwan and feels like she has taken away ex­perience for life from her travels.

For students interested, there is another Asia study abroad trip planned for next semester (March 13 through May 20). There is also the annual trip to Greece from March 6 through May 27 and Costa Rica, next summer May through June.

Financial aid can be used toward studying abroad, and there are scholarships avail­able.