Sunday Dreams: No need for congratulations 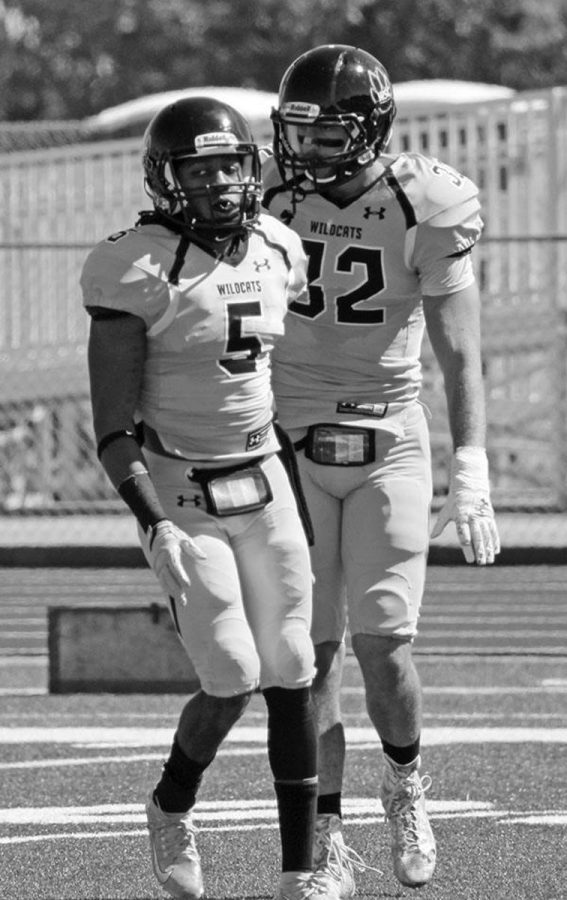 J’Ron Erby celebrates after making a big play during his senior year at Wayne State. J’Ron hopes to continue making big plays at the next level, whether it be the National Football League, the Canadian Football League, or any other professional league looking for his talents.

You ever get continually congratulated for doing something, yet feel like you haven’t accomplished anything? That’s my current state. I know I’m doing the things I need to do to get to where I need to be, or strive to be. But the fact is, I’m not there yet. Encouraging nonetheless, I feel no need for applause.

It may seem a bit contradictory, seeing as I am writing this article, but I know many men who talk about what they are doing or what they are going to accomplish and expect praise from it before it actually happens. Many of them never go on to achieve what they were striving for. What’s the good in that? I say absolutely nothing.

Accomplishing short-term goals on the way to a long-term goal is a good feeling, but imagine the exhilaration you will feel once you’ve arrived at the long-term goal.

I’ve recently been in contact with a local NFL team, and I have a workout with them coming up next week. Of course, when I got the news, I told my immediate family. They, being even more excited than meyself, immediately told more friends and family, and of course spread it all over Facebook. To an extent, I understand the excitement, but at the same time, I don’t think it’s justified. I haven’t actually done anything, I’ve just sparked interest. But what I am happy about is actually having an opportunity.

I’m sure you’ve heard of people that always have that story about ‘if I could’ve..’, or ‘if they would’ve just let me…’, blah blah blah. Once you actually get the chance you’ve been asking for, you can blame no one but yourself for the outcome.

No one’s going to care about your ‘what if’s’. Life only moves forward, each opportunity you get, you have to seize it and make the most of it.