A peek behind the curtains 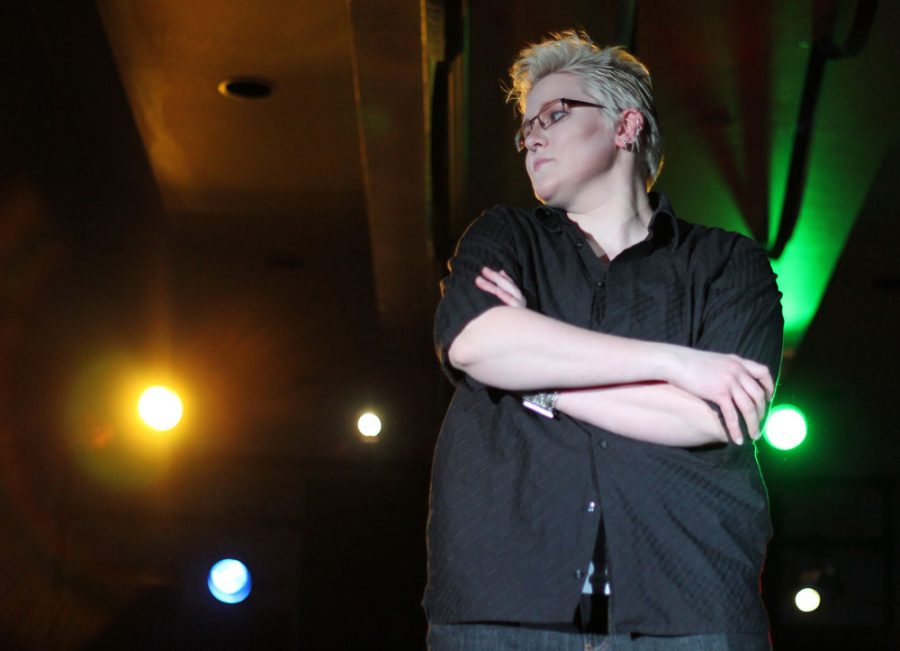 James D. Ryder (Dirk Schnoes) strutted his stuff at the Cancer is a Drag Show.

For the past three years, I’ve attended the annual Cancer is a Drag Show with friends and classmates, cheered for the Kings and Queens and added my few dollars to the progress of the fund. The show is an energetic, euphoric event that I looked forward to every year. Last week, however, I added my support in a different style.

After Kharizma, Anna Conda and Skye had warmed up the stage on Wednesday night, James D. Ryder had a chance to strut his stuff.

Yes, that was me.

If you tipped me during my performance, then thank you, your support is deeply appreciated. If not, then I’m just glad you came to the show—it might sound cheesy, but the audience really is the best part. It’s no fun to dance and sing to an empty room.

Admittedly, I was far from confident about participating in this year’s show. For three years, I’d watched and admired the performers, but I’d never had the guts (or should I say the balls?) to get up on stage with them. Now that I have, I really wish I’d gotten involved three years sooner.

I can honestly say that performing at this year’s Show has been the highlight of my college career. Not only was it a blast to be the one on stage, but what goes on behind the curtain is just as fantastic. Sassy and sarcastic, the visiting Queens were some of the friendliest, most welcoming people I’ve ever met, and I felt more than comfortable around them and the other Kings. The dressing rooms were full of music and chatter and mirrors, and it didn’t take long to feel like I’d been doing it for years.

Unfortunately, I had zero experience with being a King. I did, however, have a Drag Dad in the form of Tom Tastic.

For beginners like me, it’s best to find a Drag Mom or Dad, or a mentor, to help you out and give you pointers, and basically be a pseudo parent. Tom was kind enough to fill that role for my time as James, styling my hair and teaching me to use contouring makeup to define my jaw and cheekbones. Since he’s a close personal friend, he’s taken the role of my mentor plenty of times.

As much fun as it was to practice my songs and get ready for the show, there’s no denying that I was nervous. Waiting for my turn backstage, I was convinced I was going to throw up. I probably would have, too, if not for Anna Conda and Janessa Jaye talking to me and helping me keep calm.

Thanks to the support of friends and my fellow performers, I made it through my single and duet with Miss Scarlet Syn, and came out feeling better than ever. While the high itself didn’t last more than a day, the confidence I gained is still going strong, and I’m convinced I’ll be back again, just for your entertainment.