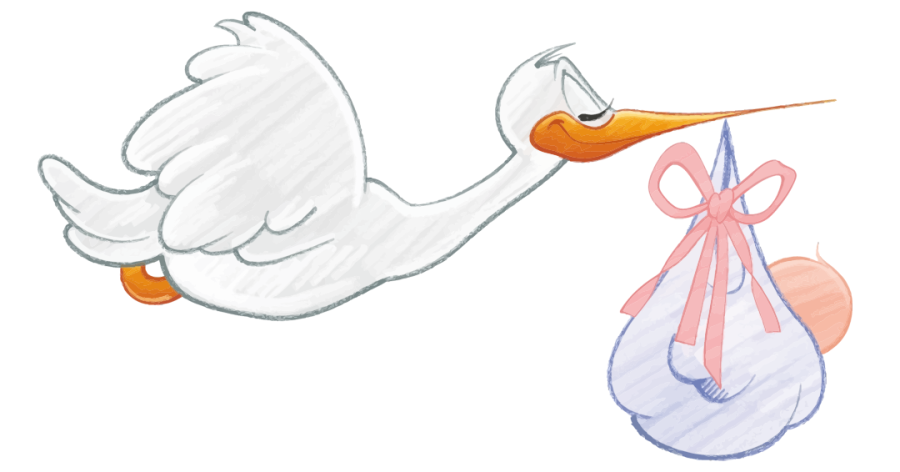 The crunchy lifestyle is one that includes eating only organic food, using cloth diapers and composting. Being crunchy or granola means to live an ecofriendly and holistic life. One could say they have a hippie-like panache to them. However, this lifestyle is not all kombucha and rainbows. There comes a point when crunchy becomes crusty.

Crunchy mom, Alice bender, is a TikToker (@alicellani) and YouTuber (comingupfern) with over 600,000 followers. Bender’s content highlights how she raises her son, Fern, in a very questionable way.

Large accounts like @alicellani are dangerous to young impressionable minds who watch and believe the misinformation that Bender spews. “Why I let my exclusively breastfed baby eat sticks, rocks, sand, dirt, and unsanitized shopping carts,” says Bender in one of her most viral TikToks.

This mother deliberately allows and promotes that her infant eat anything and everything he comes into contact with. Well, I guess not everything, this of course excludes meat and antibiotics (what she refers to as “baby poison”). She goes on to defend her claims by saying, “In the last couple hundred years, the allopathic industry has taken the world by storm. This did not happen by accident. It happened after a series of billion-dollar campaigns intended to shift the public’s perception on health.”

The TikTok includes numerous videos of Fern at the playground ingesting sand, suckling rocks and chewing a wood chip that his mother hands him. In her voiceover, Bender explains, “I do not fear bacteria. In fact, I welcome it. I trust nature and my baby. It is not a coincidence babies have this instinct while they are breastfeeding.”

Having your child play outside is perfectly healthy and may even strengthen their immune system. However, there is a discrepancy between your child getting fresh air and putting your child at risk of catching Typhoid Fever.

What I find most alarming about this is that Bender is completely against vaccinations, antibiotics, and the medical field in general. So, as she intentionally exposes her child to diseases, she also will not get her infant the antibiotics and medical attention he needs to fight off potential infections. Although many of the people interacting with @alicellani are trolling the account, a lot of Bender’s followers believe and copy her lifestyle.

The way Bender raises her son is also consistent with how she raises her pets. She posted a video on @alicellani that shows a follower asking if her cat is vegan. Text then appears on the video saying, “We are a vegan family.”

To my understanding, Bender is saying that her cat also follows a vegan diet. The hypocrisy is almost laughable; Bender is constantly preaching that people should follow a lifestyle that is “natural” while simultaneously forcing her cat to do something that goes against its nature. The Animal Poison Control Center warns, “That while it is possible—though challenging—to keep dogs healthy on a plant-based diet, a vegan diet is not appropriate for cats at all.”

In a separate TikTok, Bender defends her claims by saying, “Our society is so backwards that we have been taught to fear the sun. The sun, the most natural thing out there.” News flash, just because something is natural, does not mean it is healthy. Poison ivy is natural, but that doesn’t mean you should start rolling around it.

“All of the sunscreen studies I’ve read showed a drastic decrease in the rate of cancer- which is awesome,” explains Bender. “But I have to assume these participants lead the standard American lifestyle—which is not good. Their bodies are filled with toxic crap. If you show me one double-blind, long-term placebo study on sunscreen use on unvaccinated babies, who have only been fed organic vegan diets and it shows a reduction in the rate of cancer with no side effects. I’ll use it.”

So, I guess in the eyes of this mother, any scientific research, no matter how much evidence is presented, can be written off because the study was conducted on vaccinated people.

An additional way the crunchy community shows off its crusty side is when they shame others who do not follow the same lifestyle. Bender was asked, “So what should women who are unable to breastfeed do?” She responded by stating “I’m going to guess that these women whose bodies are not doing what their bodies are intended to do are not eating high fruit vegan diets. when you don’t eat your species vegan specific diet, your body is not going to function properly.”

Having a vegan or vegetarian diet because of ethical concerns is completely valid. But to argue that it is not natural for humans to eat meat is a foolish assumption. It is a fact that humans are omnivores. The evidence is in our teeth; we have the biting incisors and canines of carnivores and chewing molars of herbivores.

It’s not just Bender, many crunchy moms and granola go-getters will shame others for not eating organic vegetarian diets, having c-sections, or taking medications that don’t come in the form of tea and ferments.

If you read any post on a crunchy mom Facebook group, they will demonize any mother who gets a c-section and claim that it will not only destroy the bond between a mother and child but is also not considered a birth.

To completely invalidate mothers for getting a c-section or not breast feeding is shameful. In addition, I argue that having a c-section still constitutes as giving birth. Oxford languages defines birth as, “The emergence of a baby or other young from the body of its mother; the start of life as a physically separate being.”

Many individuals who degrade others for not being crunchy fail to recognize it requires a certain amount of privilege to afford this lifestyle. Many middle-class and low-income families cannot afford a diet that is entirely organic when it is typically 50% higher than non-organic food.

However, my parents and I are also all fully vaccinated and believe in Medicine. Crunchy life can be positive and rewarding to your health and the environment. Just be aware that it is also a privilege to be able to live that kind of lifestyle. Do not allow self-entitlement and misinformation make crunchy turn into crusty.