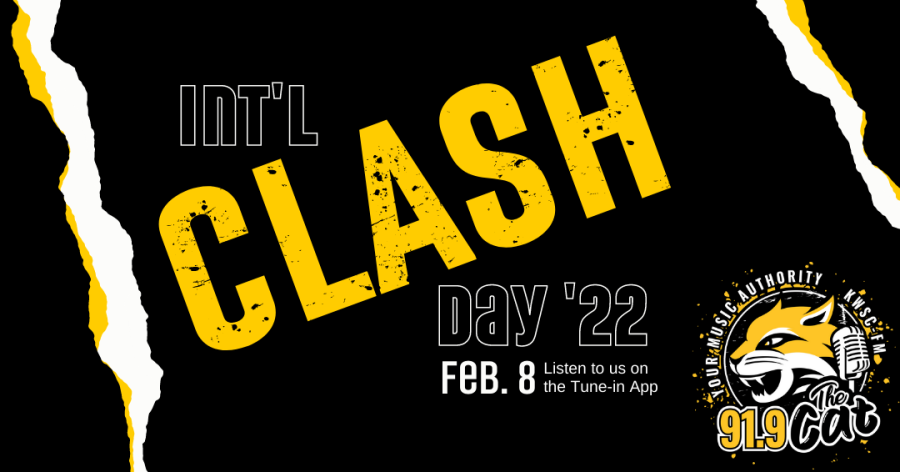 The on-campus radio station, KWSC-FM 91.9 "The Cat' will be celebrating the 10th Annual International Clash Day on Tuesday, Feb. 8.

International Clash Day was started by 90.3 KEXP in 2013 to celebrate the punk rock band The Clash.

“I think it’s a good opportunity for students to set up themes with our new system, Zetta,” Dr. Sean Ahern, advisor of the on-campus radio station KWSC-FM 91.9, said.

Ahern said he was a massive fan of The Clash and wanted KWSC to participate.

“…Ever since I heard that KEXP and a bunch of other radio stations did this, I was like ‘that’s so cool’. I decided to get KWC in on the action,” Ahern said.

Theclash.com said the band started in 1976 with Paul Simonon and Mick Jones, who invited Joe Strummer, a singer with The 101’ers, to join their band. Their manager, Bernard Rhodes, helped encourage the band into the English punk movement with the Sex Pistols. According to theclash.com, they became musical pioneers.

“The Clash were, as their moniker goes, the only band that matters,” Ahern said. “They took the idea of anarchy and mixed it with influences from Jamaican reggae, country music from United States, stadium rock, blues, jazz and stuff like that to make six albums in pretty quick succession.”

Whitney Winter, Promotions and Social Media Director for KWSC 91.9, said she enjoys The Clash because of what the band stood for and how daring they were when they created music.

Winter said their music was about current events, at the time, that were highly controversial and did not align with the majority of the population’s views and ideals.

“I think The Clash and their music always reflects this political consciousness and this idea to strive to be better to be better towards your fellow man things like that,” Ahern said.

“The Clash did not hold back when they wrote a new song which would anger a lot of the world because of their loaded language and jarred points of view,” Winter said. “A lot of their songs are politically charged which is an aspect they passed on to the bands and musicians they influence.”

She also said The Clash had influenced some of her favorite bands during the same time the band was climbing to fame, as well as others that came years later. Some of those bands are Green Day, the Ramones, Bruce Springsteen, and The Police.

“Their music is very much like a clash in many ways, like they took their name as this idea of political or social or military clash,” Ahern said. “Just the term ‘clash’ is such a strong verb.”

Celebrate International Clash Day by listening to KWSC 91.9 “The Cat” on the air or on the Tune-In app on Tuesday, Feb. 8.