We Need A Little Christmas Movie Magic During Finals Week! 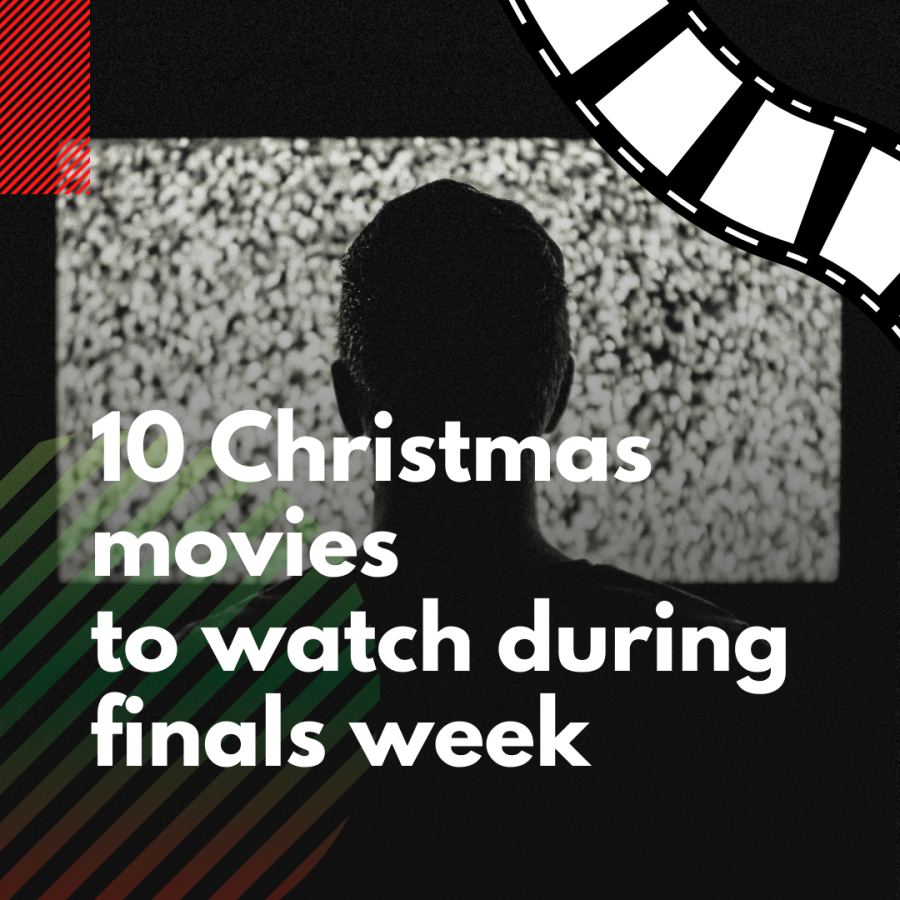 With the Thanksgiving season now behind all of us; we are one step closer to Christmas. When you need a study break, instead of stressing out about the final exam, turn on one of these Top Ten Christmas movies to help you feel that warm and fuzzy feeling that will surely help you power through the rest of the semester.

With the Thanksgiving season now behind all of us; we are one step closer to Christmas. A holiday that is filled with caroling and presents wrapped in red and green wrapping. However, there is still one final step: Finals Week. When you need a study break, instead of stressing out about the final exam, turn on one of these Top Ten Christmas movies to help you feel that warm and fuzzy feeling that will surely help you power through the rest of the semester.

“The Polar Express (2004)”: “Seeing is Believing” when it comes to viewing this Christmas classic. “The Polar Express (2004)” is adapted from the beloved children’s book of the same name by Chris Van Allsburg and modeled after a real train in Owosso, Michigan.  It tells the story of a young boy (played by Daryl Sabara and Josh Hutcherson) who tries to answer the question that most children ask once in their life. “Does Santa Claus really exist?” The boy gets a once-in-a-lifetime opportunity to ride the Polar Express on Christmas Eve where hopefully some of his answers are answered while the rest of us have the feelings of Christmas while watching this movie. WSC Student Regan Ott said, “I would have to pick the Polar Express as my favorite.” Ott claims, “My brother and I watch the Polar Express every year, just the two of us, and we sing along (very poorly, but hilariously,) making for great memories every year.”

“A Charlie Brown Christmas (1965)”: Learn the deeper meaning of the Christmas holiday with some of your favorite Peanut’s characters who have been caught up with the commercial side of the holiday.  Charlie Brown picks out a rather unattractive Christmas tree to decorate to help his friends find that what’s underneath our Christmas trees is not as important as those who surround us.  This film is perfect for a break from studying or when you need a laugh this wintery season.

“Home Alone (1990)”: Break out the rubbish and, junk food for this holiday comedy. Kevin McCallister is “home alone” for Christmas when his family forgets to bring him on their Christmas vacation.   Kevin has to protect his home by pulling out all the stops to confuse two would-be robbers who were expecting an empty home and easy pickings.  Filled with booby traps, one-liners, and never-ending imagination, the audience will root for both Keven and the burglars alike to make it through Christmas safely.

“Elf (2003)”: Get ready to laugh with this oversized classic Christmas film. Will Ferrell stars as the fun-loving elf, Buddy who travels from the North Pole. He is trying to find his biological family in the busy streets of New York.  This movie is filled with classic Christmas images, modern day doubters and heartwarming moments that make us all believe in the true meaning of Christmas.  With this film’s automatic success, this film was also converted into a live-action musical for all to enjoy!

“Rudolph The Red Nose Reindeer (1964)”: This was a must-have on this list of Christmas classics.  This lovable misfit of a reindeer has become a Christmas icon like Santa Claus and the Grinch, and he even has his own Christmas Carol!  Rudolph and Hermey (a misfit elf who would rather be a dentist) take off on an adventure as they search for a place where they are accepted for themselves in all their uniqueness during Christmas.  Folk singer, Burl Ives, details their journey and all of its misadventures and victories in his role as the narrating snowman.  This 1964 movie never fails to get you in the Christmas mood and doesn’t need any fancy graphics or animation to get the job done.  If you are a misfit who enjoys a movie that is full of laughs, an island of talking (albeit somewhat scarcy and broken) toys, and a lovable but still abominable snowman, you will surely enjoy Rudolph the Red-Nose Reindeer!

“National Lampoon’s Christmas Vacation (1989)”: Lighten up your final workload with this comedy 1989 starring everyone’s favorite nerdy dad Clark Griswold! Clark Griswold (played by Chevy Chase) tries to pull off the biggest Christmas celebration for his family. Clark is plagued by bad luck and hilarious twists and turns when it comes to his family members. This is one film in the National Lampoon series that includes more laughs and bad luck which will keep you laughing into the year 2022!

“The Santa Clause (1992)”: Grab some hot chocolate for the last classic Christmas film. While looking after his son, divorced man Scott Calvin (played by Tim Allen) is told on Christmas Eve that he is the new Santa Clause since the prior one fell off his roof.  This is the first of three classic Christmas movies that will warm your heart this holiday season and remind all adults of the wonders and hopes that the Christmas season brings to all!