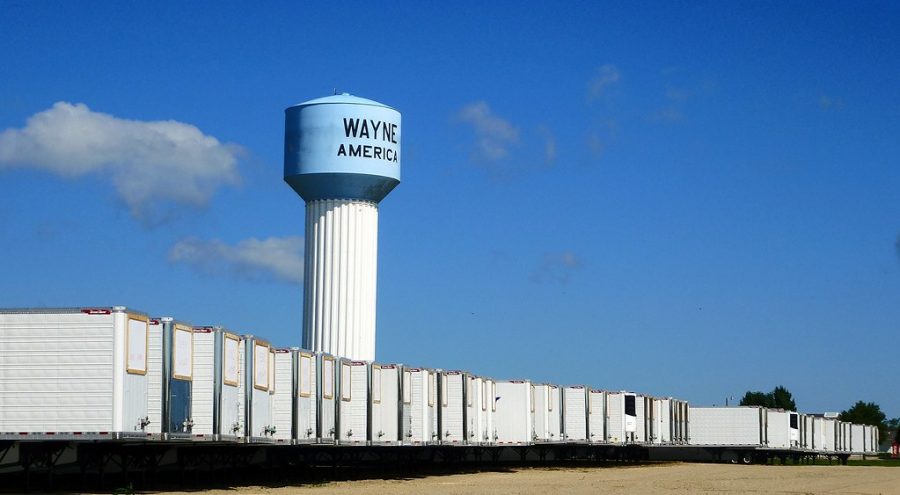 Sixteen restaurants, 11 churches, four hotels, three grocery stores and one movie theater. This is what can be found in a rural Nebraska town. This town is less than three square miles in size and has a population of 5,622 people. Seems a little odd doesn’t it? Maybe not. One important detail is that this rural town in Nebraska is Wayne, home of the Wayne State College Wildcats.

“You can tell when college is gone and when college is back,” Giese said. “The college is kind of the heartbeat of the town and we love it because it makes our sleepy little town wake up a little bit.”

Giese said the locals will always grumble about the mischief and minor inconveniences, but it is a natural occurrence. Wayne is smaller than most communities that support state colleges, like Lincoln or Omaha. Therefore, the residents of Wayne are often neighbors with the students that attend WSC, causing them to be more involved with each other.

“Students are going to be students,” Trisha Peters, owner of White Farmhouse Realty, said. “We realize that no one is going to be a perfect little angel, and we can work around that, but all we ask is that they be respectful of the property and of their neighbors. In return, I think they get the same respect from the people they are living around, too.”

Peters said as the student population at WSC expands, the need for more housing grows.  She said 80 to 90 percent of rental units covered in her office belong to college students, making college students a large contributor to the rental income in Wayne.

“We as business owners, we as community members, and we as employers in the community need to realize that without the college we would not be as prosperous, or as profitable, or as desirable of a community as we are at the present time,” Peters said. “I see the trickle-down effect every day from what the college students offer to our local economy.”

Giese said the money students spend on food, gas, and groceries supports businesses to allow many options for residents year-round.

Ken Jorgensen, owner of The Max and the 4th Jug, said the college makes a big difference for his restaurants. Whether it is strictly students or people visiting students, the college creates a boost in his business. Jorgensen also said college impact goes further than just him. The college greatly impacts all kinds of restaurants, clothing stores, grocery stores and businesses in the area. Even more, WSC provides for the community beyond its economic impact.

Being an alumnus of Wayne High before attending WSC, Giese said having the college in town while he was growing up provided him with many opportunities.

Mark Lenihan, Wayne Community Schools superintendent, said the college has a positive give and take relationship with the community schools. College students are actively involved with several different programs at the schools. Whether it is athletes, reading to elementary students, or education majors observing and student teaching in the classrooms, there are almost always college students at the schools.

“It definitely just broadens your perspective more so than any kind of rural town without a higher-level institution of learning around,” Giese said. “You come into contact with people that you normally wouldn’t.”

Lenihan said the presence of WSC in the small community of Wayne exposes students to a four-year school and encourages them to start thinking about and preparing for college sooner.

Giese said the community supports WSC and wants to see a continued growth in the college.

“There’s a lot of us in the community who bleed black and yellow,” Giese said. “It’s something great to do on a weekday night. You can go catch a volleyball game, go catch a basketball game, it makes a lot of people’s weekends.”

The atmosphere in Wayne goes beyond individuals. It goes beyond location, generation and occupation. The relationship between the town of Wayne and the students at WSC is often overlooked, but it is something truly extraordinary.

“Wayne would not be the community that it is without the students,” Peters said.