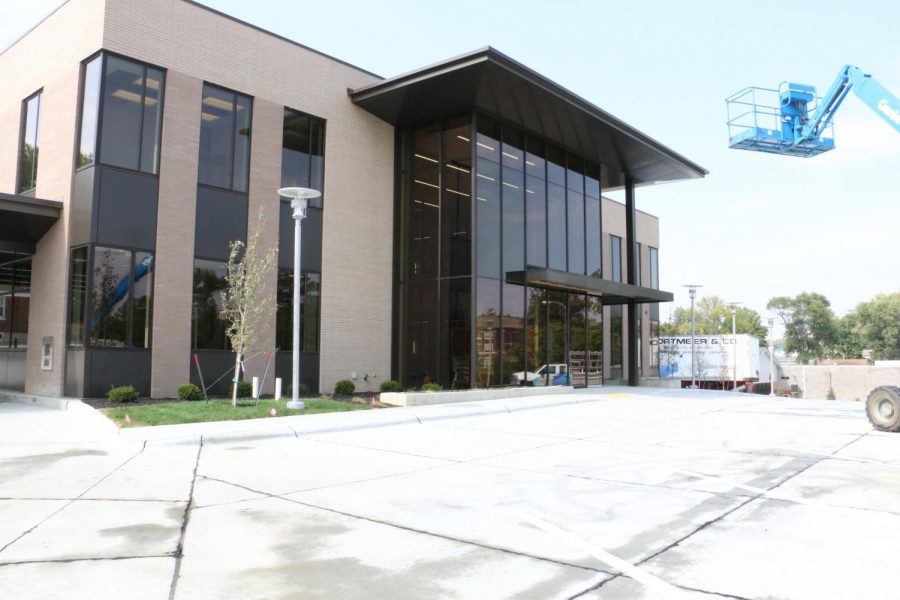 State Nebraska Bank and Trust, based in Wayne, has nearly finished construction on the new branch across the street from the Willow Bowl, but this branch will be offering more than your typical bank does.

About a year ago, the bank began construction on its new branch on 1010 Main St. The bank has owned this lot, along with two others, since 1974 but chose the one across from the Willow Bowl specifically because the bank has strong ties to the community, as well as the college said CEO of State Nebraska Bank and Trust, Matt Ley.

“The main reason was to strengthen our ties with the college,” Ley said.

The branch will include a drive-thru, a lobby, provide loans, house State National Insurance, offer office space for lease and will also feature a basketball court.

“The basketball court is a community room, so there’s going to be movie screenings, pickleball, there’ll be the equipment for that so it’s not just basketball,” Ley said.

“State Nebraska Bank and Trust has a huge investment in the community, as well as Wayne State College, so bringing the community together whether it be coming to shoot hoops or the convenience for college students,” Ashley Rewinkel, manager of the campus branch, said.

“This idea has been something the bank has wanted to do for about five years but it was only last year that they were finally able to get it started,” Ley said.

The new branch opened its drive through on Sept. 21, with the rest to follow soon, though the exact date is undetermined. As with all things, the construction was set back about a month due to COVID-19, according to Ley.

“When the shipping of the bulletproof glass and the countertops were delayed, it really pushed everything else back too, as some things couldn’t be completed until those things were done,” Rewinkel said.

State Nebraska Bank and Trust is the only locally owned bank in Wayne and has been in Ley’s family for seven generations. The bank began in 1892 and has been passed down through the family, resulting in the establishment we know today.

“We are a family institution,” Ley said. He also said the architect was his brother’s idea, so the family has been very instrumental in the business.