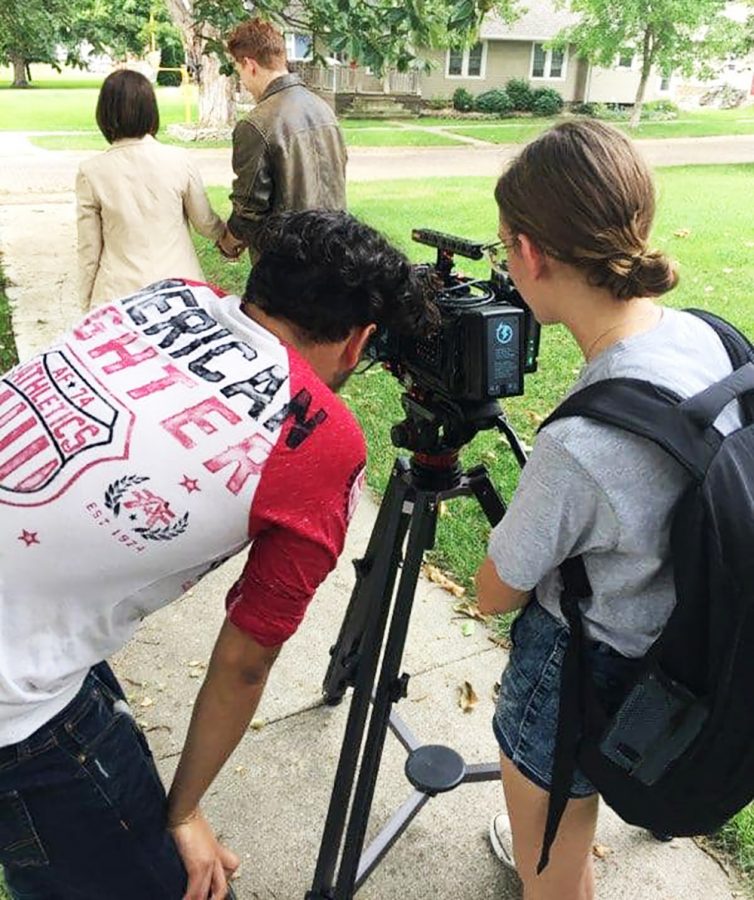 Director Ally Boyd films students on the set of "The Offer." The film was written also and produced by Shelby Hagerdon. Dr. Mike White forsees the students as they work on their short films.

The competition is limited to six states: Nebraska, Kansas, Oklahoma, Texas, Missouri and Arkansas. It is considered one of the top student festivals with strong connections to several graduate programs.

“I am extremely happy to have something that I wrote accepted into the BisonBison Film Festival,” Suiter said.

“I am also proud of the hard work of Kate Lundahl, Mark Albers and the rest of the crew involved for putting my words on screen.”

Suiter said he is thankful for the opportunity, and he can’t wait to see the other great films that were accepted.

Students involved with the production of “The Offer” were sophomore Ally Boyd – director and junior Shelby Hagerdon – writer and producer.

The students radiate happiness and positive work ethic as they wait to go to the competition.