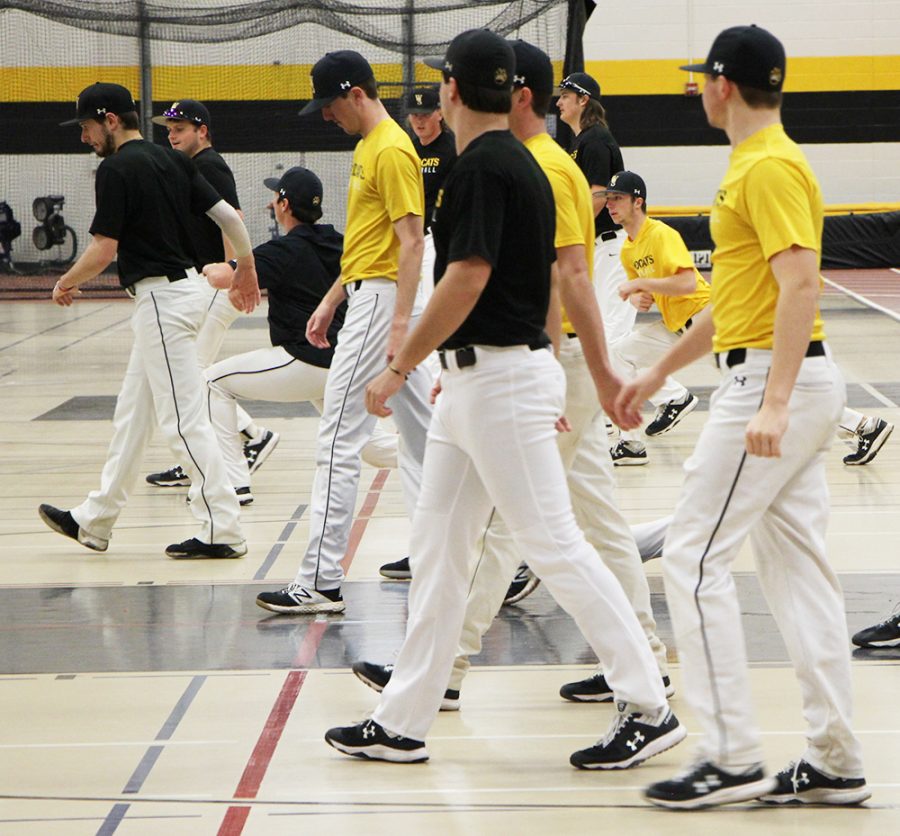 WSC baseball goes to 6-4 on the season after winning two of three games against Newman University in Wichita, Kansas, Feb. 21 and 22.

The Wildcats split Friday games with the Jets in the non-conference series, taking the first 14-10 then losing 10-6. The following day, WSC blew out the Jets 15-1. The Jets fall to 4-9 on the season.

“We still need to improve on our defense and pitching as of right now, but our bats are really hot right now,” Andrew Hanson, a WSC junior infielder, said.

In the first game, WSC senior Bryce Bisenius finished 2-4 with a grand slam and a two-run homer that helped the Wildcats get the win. Bisenius helped WSC jump out in front right away with a two-run home run in the first inning, then Jake Lemar added a solo homer in the second inning to make the score 3-0.

WSC stretched out the lead to 9-2 in the fourth inning but the Jets were not going to go out quietly and fought back to make the score 10-9 entering the final inning of the first game.

But thanks to Hanson and Alex Logelin the Wildcats were able to get back in the lead with two solo-homeruns and then Madsen added a two-run double to make the final score 14-10.

Hanson wanted to make sure this year he focused on fielding and helping his team win in the field.

“I really wanted to improved in my fielding since I was a designated hitter for the majority of the year last year,” Hanson said.

In the second game of the day the Jets jump out to a quick lead but WSC fought back and cut the lead down to 4-3.

Newman scored two more runs in the bottom of the fourth which made the score 6-3. WSC got some more help from Hanson with a solo home run and CJ Neumann adding a two-run double that tied the game up.

But once the fifth inning came around the Jets brought in three runs and added one more run in the next inning to hold on to the lead and win the game 10-6 and splitting the day with WSC.

Starter Hunter Wienhoff for WSC worked only the 1 2/3 innings and allowed four runs on five hits. Aaron Ras was the one who suffered the pitching loss and bringing his record to 0-2 on the season. He was charged with three runs in the sixth inning.

“Once we put it all together we will be a scary team to play,” Hanson said.

In the third game, WSC started the first inning with a double from the leadoff hitter Noah Roberts and then Hanson doubled which brought in Roberts and made the score 1-0. WSC never looked back after that and went on to win 15-1 over the Jets.

WSC scored five runs in the second inning, then in the third they scored three more runs which made the score 9-0. The Cats scored four more runs in the fourth and finally ending their scoring run with two more in the fifth inning.

“The one person that has impressed the whole team is Noah Roberts. He seems to never get thrown out and always seems to take full advantage of his opportunities,” Hanson said.

WSC had 14 hits on 15 runs scored while Newman only had just three hits on one run scored. Peyton Barnes led the Wildcats with hits going 3-4 with a homer, double and give RBI. Hanson went 3-5 with a couple of doubles and also brought in four RBI. Max Ploof, Madsen and Bisenius each doubled in the game.

Sophomore starter Ryan Obrecht got the win for the Wildcats, going five-innings and only one run and having six strikeouts and only two walks. Logan Walters came in for one inning and allowed one hit and had three strikeouts then finally Josh Renken came in and pitched a perfect inning in the seventh and recorded one strikeout.

Hanson, a junior infielder, was named the first Northern Sun Conference Baseball Player of the Week for the 2020 season two of the last three weeks.

The Wildcats went down to Texas to play in the Alpine Fresh 4 Him Baseball Classic Jan.31- Feb.2 and Hanson hit .421 in four games and went 8-19 with four doubles, one triple, five RBI and five runs scored.

“My goal for myself this year is to make All-Conference first team and hopefully find my way on the All-American team before I graduate,” Hanson said his goals were for this year. But for his team this year “We want to not only win our conference but make the regional tournament… and with the talent we have that’s not far-fetched at all,” he said.

The Wildcats will be traveling Sunday, March 8 and will face Tiffin, Ohio in the first of five games at the RussMatt Invitational in Auburndale, Florida. 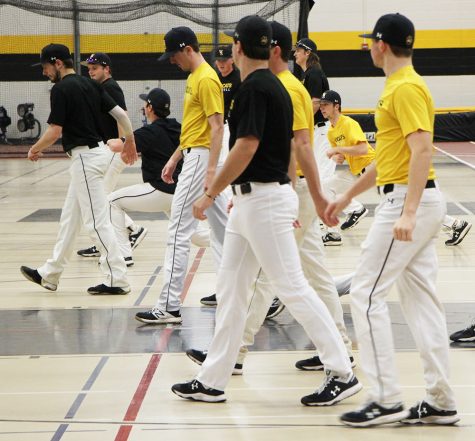 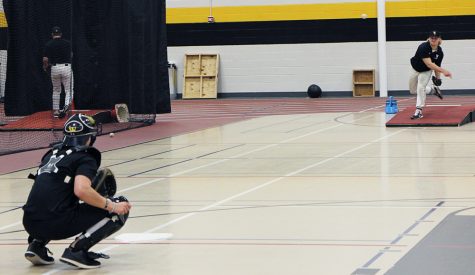