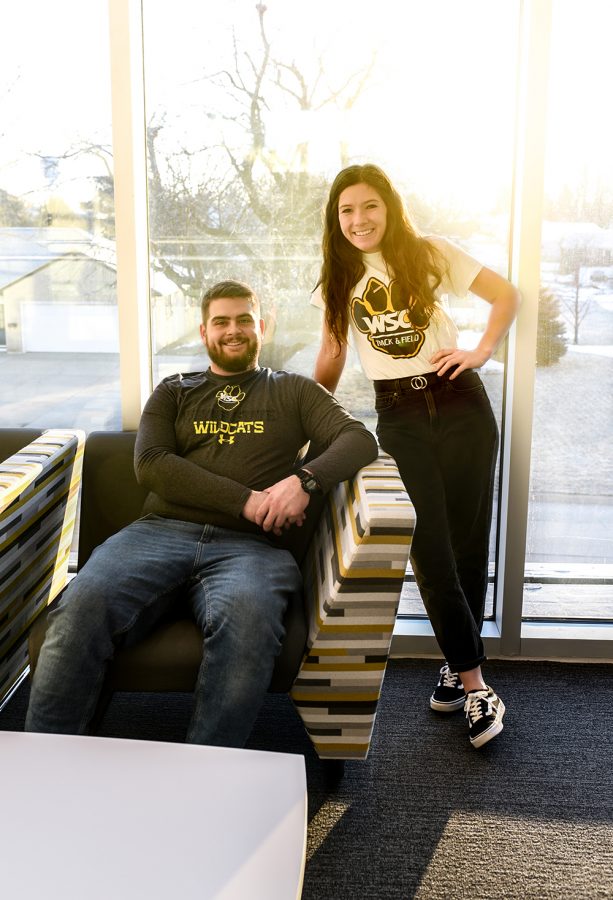 “I think, at least for me, this has been something that I’ve thought about for a while and never really dedicated myself to,” Gardner said. “And then as we’ve looked forward, I’ve just felt it was the right thing to do to give the students more than one option coming into the elections.”

Siebert and Gardner have been navigators for a few years, giving them the opportunity to learn about Wayne State College and show others what makes WSC a great opportunity.

Siebert is vice president of a new club, CLAWS, that she believes has given her experience for the position.

“Me and Taylor have been navigators for a couple of years now and we became really good friends, so I think we make a really great team together that can bring good aspects to the Student Senate,” Siebert said.

“I believe that this is very much a team effort,” Gardner said. “I don’t want it to be one of us take control of anything. Like I said, we have worked together as navigators and we’ve kind of seen each of our experiences and so I think the two of us work together very well and that as a whole, like the two of us working together, can bring a lot more than one individual person can to a presidency position.”

Siebert and Gardner said they want to focus their attention on three issues they believe can benefit WSC students the most, starting with communication between Student Senate and the student body.

“We’ve really looked at the Student Senate as it’s this organization, and it does so much on campus,” Gardner said. “I mean, senate really is responsible for a lot of the things students see on campus and not a lot of students recognize that. So, we’re really focused on opening up that line of communication so that students not only know what the senate is doing but can also bring their issues to the senate. We very much so want to bring students back into Student Senate. That is what we have been pushing the whole time. It is represented of the students, and we need students to know that.”

They would also like to finish the nature trail renovation that Jorge Adame and Morgan Sudbeck, the current president and vice president, began.

Another issue is the availability of study rooms at the library.

“What we have noticed recently is that some of the ones upstairs are being converted into faculty offices and sometimes it’s really hard to actually get into a study room, especially during peak study hours in the evenings,” Gardner said. “So, we would just like to figure out what is the best way to tackle that, can we add more rooms, can we move offices somewhere else to open up those rooms so we can get more students in these rooms.”

Gardner and Siebert want to focus their attention on student needs.

“We’re also just focusing on like anyone who wants to talk and speak and have their voice be heard, like we’re willing to listen and help bring those changes on campus,” Siebert said.

An issues forum will be held March 19 at 5 p.m. in the Elkhorn Room at the Kanter Student Center. Elections will be held the week of March 23-27.