Mom and Son team up to conquer store 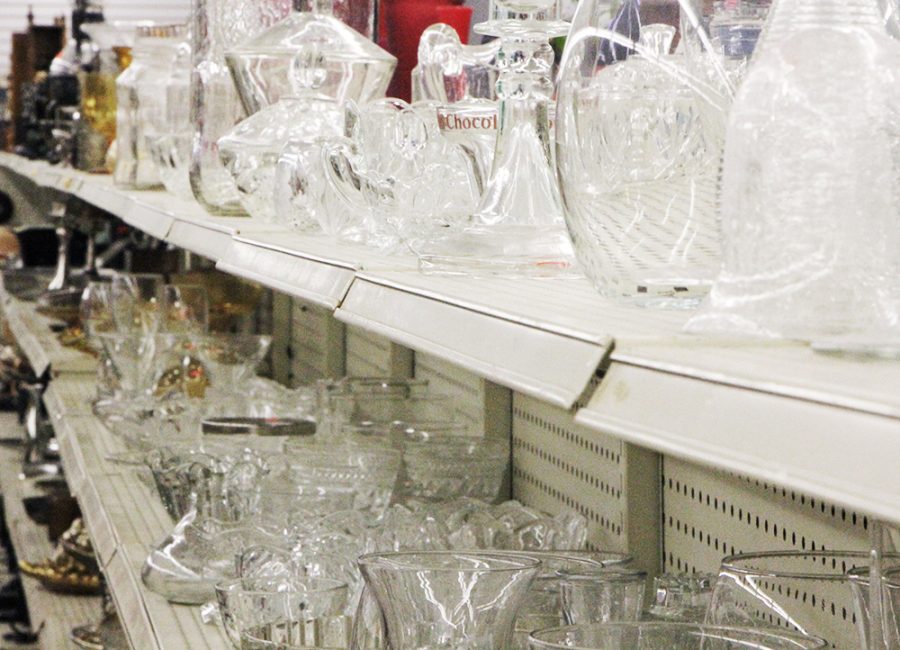 The crystal ware sparkles and shines inside Thrift Warehouse.

Thrift Warehouse is a donation-based thrift store in downtown Wayne, which stocks men and women’s clothing, housewares and furniture and is run by Tanner Shopke and his mother, Krista Nichols.

“We sell clothes on consignment, so people get 40 percent of whatever they would make of what we sell the clothes for that they bring in,” Shopke, one of the owners, said. “We also take in donation items, so like all the household stuff and décor items. We take that kind of stuff to try to keep stuff out of the landfills mostly.”

Before Shopke and Nichols took over, the store had been owned by the proprietors of Rustic Treasures. Shopke had worked for Rustic Treasures for two to three years before the duo gave him the opportunity to take over Thrift Warehouse in order to focus on their other stores.

“We just kind of jumped off their ship and started our own,” Shopke said. “We thought it was a good thing that was going so we just kind of took advantage of the opportunity.”
Nichols had worked for Bomgaars in its clothing section with displays so she had previous experience to balance out Shopke’s experience from Rustic Treasures. They decided to work together to take the store to greater heights.

“We have always got along really well and have a lot of the same creative type of ideas,” Shopke said. “We decided to pair up to kind of feed off each other.”
Every day is a surprise, according to Shopke. They never know what to really expect when donations are brought in. Some of them can range from brand new clothes with tags still attached to very worn materials.

“The donations, I think, are really fun to go through,” Shopke said. “It’s like opening up Christmas presents, you never know what you’re going to find in there, just going through other people’s stuff. That’s the fun part for me.”

Thrift Warehouse aims to offer the best and give people things that may not be able to afford at a brand new price. Shopke said they understand that not all families can afford some of the more expensive objects in other stores so they try to help that category of people to the best of their ability.

“Not every family can afford stuff like brand new clothes or prom dresses and stuff like that,” Shopke said. “We’re just trying to help a different category of people feel like they’re dressed to impress even on a budget.”

Even if the store can’t sell all the products that come into their store, Shopke and his mother don’t just throw it out. Instead, they send them to Haven House or Orphan Grain Train. They also have a man who helps them send clothes to other countries.

“We try to make sure everything gets used instead of just being thrown away,” Shopke said. “We want to try to give things a second chance before they just get discarded because people throw away so much stuff and it’s kind of depressing. It’s just nice to breathe new life into things.”