Getting thrifty with it 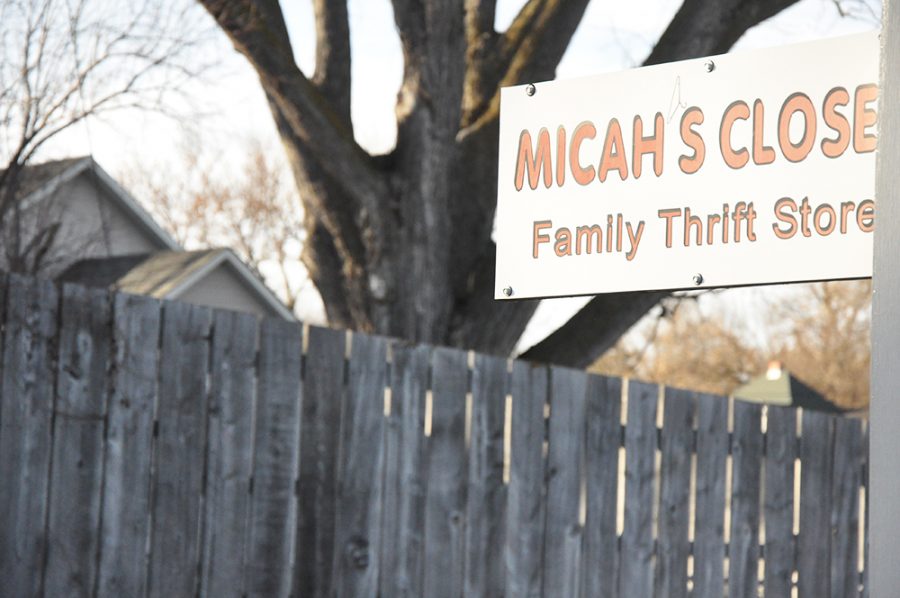 Micah’s Closet in Wayne and Wakefield’s Nearly New operate as non-profit second-hand stores that are helping people in need. Micah’s Closet, which is associated with the First United Methodist Church in Wayne, first opened in August 2012, its mission was started by Rev. Pete Phillips, who hoped to give back to those who couldn’t afford to buy clothing and to assist people who suffered from fires and other traumatic life experiences.

Sue Schroder, a Micah’s volunteer who began work at the store in 2012 said eight volunteers work full time at the store, sorting new donations and arranging the displays to make room for more clothes.

“People have just been awesome about the donations,” Schroder said. “To this day we have donations constantly. We thank the community for that.”

Micah’s takes donations of all clothing from jeans and shirts to jackets and even prom dresses. The most expensive item in the store is $5 and the least expensive, infant clothing, is 50 cents per item. “We decided that we were going to make sure people could afford it,” Schroder said.

Sorting through the donations is time consuming, she said, because volunteers sort each piece donated.

“We’re very careful about what we’re doing when we sort the clothing,” Schroder said. “We try and pull what people will want to wear. People are very good about bringing in clean clothes, once in a while you get the others, stained, we throw. Then we have a guy that comes in and uses it for the homeless.”

Wakefield’s Nearly New, located on Main Street, also has a mission to serve and help people in need. In 2008 Rhonda Lorenzen said she was recovering from tearing her ACL and MCL in her knee when she had a vision: open a non-profit.

“There was a Christian talk radio show that was on and they were talking about God-given talents and I laughed,” Lorenzen said. “And the guy on the radio said, ‘don’t laugh, everyone has a God-given talent, you just have to figure out what it is.’”

She said she decided to take her passion for “garage-selling” to the next level and run the non-profit with some help from her Wakefield neighbors. Lorenzen met with all five ministers from Wakefield churches to ask for assistance. The result was five board members who assist with decision making and also volunteer at the store on Saturdays.

Lorenzen said when a tornado destroyed homes in area towns on June 16, 2014, she went to the store because she knew people would be in need of supplies. Volunteers sorted through new donations, which had been donated by families and businesses in Fremont. The items came in semi-trailers, and Lorenzen said the store was like a mini Walmart. New items such as shampoo, toothbrushes, toothpaste and towels were available for families in need.

“We had 28 [families] out of 31 … that we did something at some point for,” Lorenzen said. “And then we had a whole bunch of furniture. These people from Fremont said they had a whole semi full of furniture for you.”

Because the donations were flowing in from townspeople and other communities, Nearly New had to find more space, she said. Central Valley Ag (CVA) in Wakefield was vacant at the time, so the store was able to use the space for sorting, unloading and storage.

“A bunch of football players came down and helped us unload all of the stuff into the CVA,” Lorenzen said. “And so, then it was a matter of taking pictures of everything and saying, ‘okay what do you need, come on down and let’s look at it’ and everything went to them free.”

Nearly New has also held numerous drives to help fund the non-profit and also give out a scholarship to a Wakefield senior who has volunteered at least 20 hours at the store. The $500 scholarship for college expenses is an opportunity available to any Wakefield student who is at least in 10th grade.

In June and December of each year, the store does an annual purge and re-donates items to people in need. Nearly New is also on Facebook, Lorenzen said, where they sell items to a larger crowd, selling clothing especially to Wayne and Wakefield residents.

Lorenzen said that by its eighth year, Nearly New had donated about $80,000 back to the community of Wakefield and expect to hit $100,000 in donations this year for the store’s 13th anniversary.