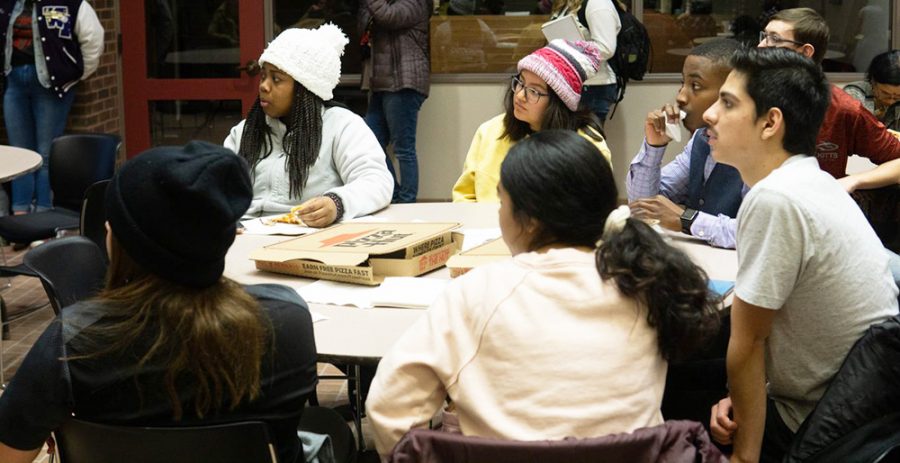 Unlike previous years, Wayne State College did not hold classes on Martin Luther King Day Jan. 20. This day is recognized as a federal holiday, but some establishments such as schools can set their own schedule.

“We are one of the three schools in the Nebraska State College System, and we work as a system to set out the calendar,” WSC President Marysz Rames said. “We agreed with our sister institutions, Peru and Chadron, all together that we would not have classes so that each of us could celebrate his (Martin Luther King) day at our institutions.”

Some students at Wayne agree. “I’m happy it was cancelled because it’s politically correct,” Whitney Winter, a WSC freshman, said.

Other students felt even more strongly.

Isaiah Sims, who works at the Multicultural Center and describes himself as a Pan-Africanist, said, “One of my jobs over the past two years was researching and collecting data on all the Nebraska schools on if they recognized MLK Day with class cancelled or not. WSC has recognized Dr. King by cancelling classes, but the last time they did that was 11 years ago.”

But what decides such a holiday?

“What constitutes no school for religious or other government sanctioned holidays?” Sims said. “There is no difference. We still consider ourselves “American” but it’s always a hassle to get the day off or even say a few words during class for blacks who have sacrificed the most.”

Having classes off gave students and faculty members the chance to attend the several events that WSC held Jan. 20 in honor of Martin Luther King Jr.

One activity included tying blankets that were donated to the Haven House and local hospitals. Throughout the day discussions and activities centered on inclusion and the importance of diversity.

“The activities I participated in today were all of Dr. Weixelman’s presentations. I was one of the mediators for the panel today and also did a little round table discussion,” Sims said.

“I personally know a calendar year worth of black national holidays,” Sims said. “These are holidays not sanctioned by our government because these figures in the eyes of America, which in the sense of “white America” would not approve. All I can say is these important figures not only would be considered the most patriotic, but some are the real pioneers of this modern civilization we reside.”