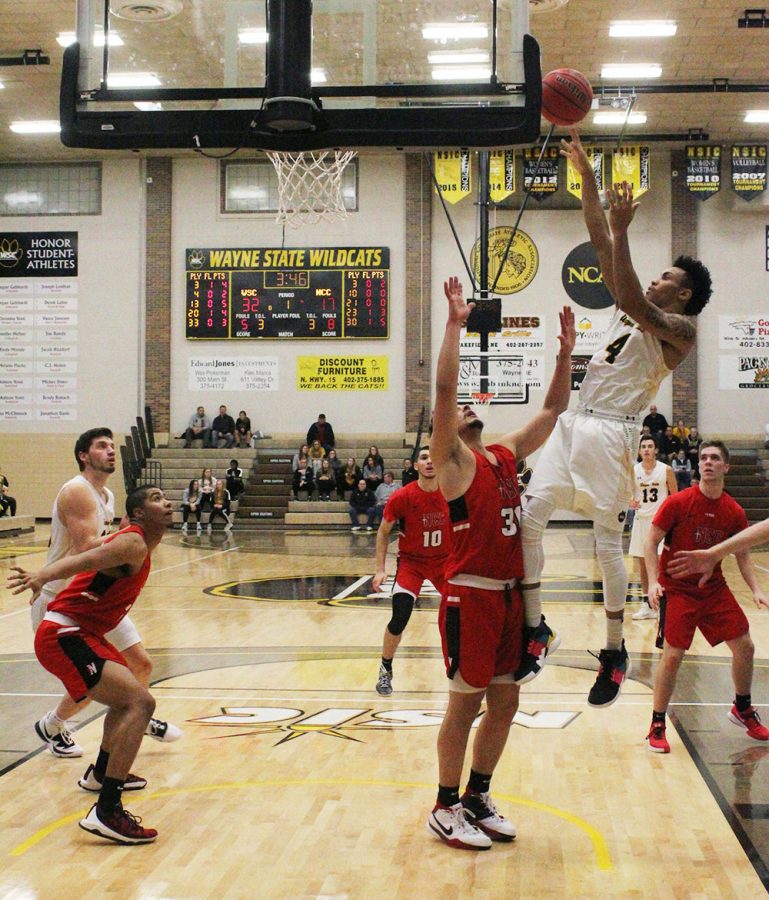 The Wayne State men’s basketball team ended their early season struggles, getting their first win of the 2019 season with a commanding victory over Nebraska Christian by a score of 80-54.

The Centennials kept it pretty close to start the game with the score being 12-17 eight minutes into the game. From then on it was all Wayne State.

The Cats opened up a 39-20 to end the first half. Then came roaring out of the locker room, scoring nine straight points to start the period. At one point in the second half, the Wildcats were leading 63-25. Wayne State applied the pressure and secured the victory.

“I think we just played harder than them and really focused on our defensive identity to get us stops and that really helped our offense out,” said sophomore Jordan Janssen.

There were five double digit scorers for the Cats. Nick Ferrarini and Nate Mohr each had 11. Al’Tavius Jackson, and Ben Dentlinger both had 10 as well.

Janssen was the leading scorer for the Wildcats with 25 points. He went 9-14 shooting from the field and 7-11 from the free throw line, while only playing 27 minutes.

Janssen is having an impressive start to his 2019 campaign. Janssen finished the game with a double-double, collecting 10 rebounds to go along with his season high 25 points. This is Janssens fourth double-double of the season.

The Wildcats got their first win after some struggles on the road. The Wildcats were 0-5 to begin the season after competing in the CCA Division II Tipoff Classic, and the NSIC/GAC Challenge.
The team worked on things such as taking care of the ball, and getting better shots on offense.

“It was definitely sort of a relief to get in the win column, and I think it’ll take some pressure off of us since we got one under our belt,” said Janssen.

The Wildcats look to improve as the competition gets tougher as they get closer to conference play. The team looks to improve on defense and rebounding as they prepare for the demanding NSIC schedule. 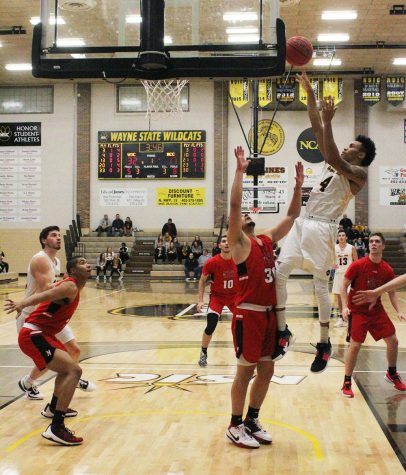 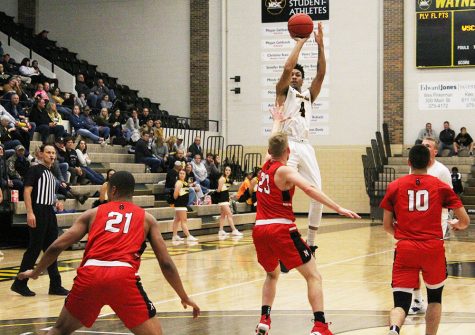