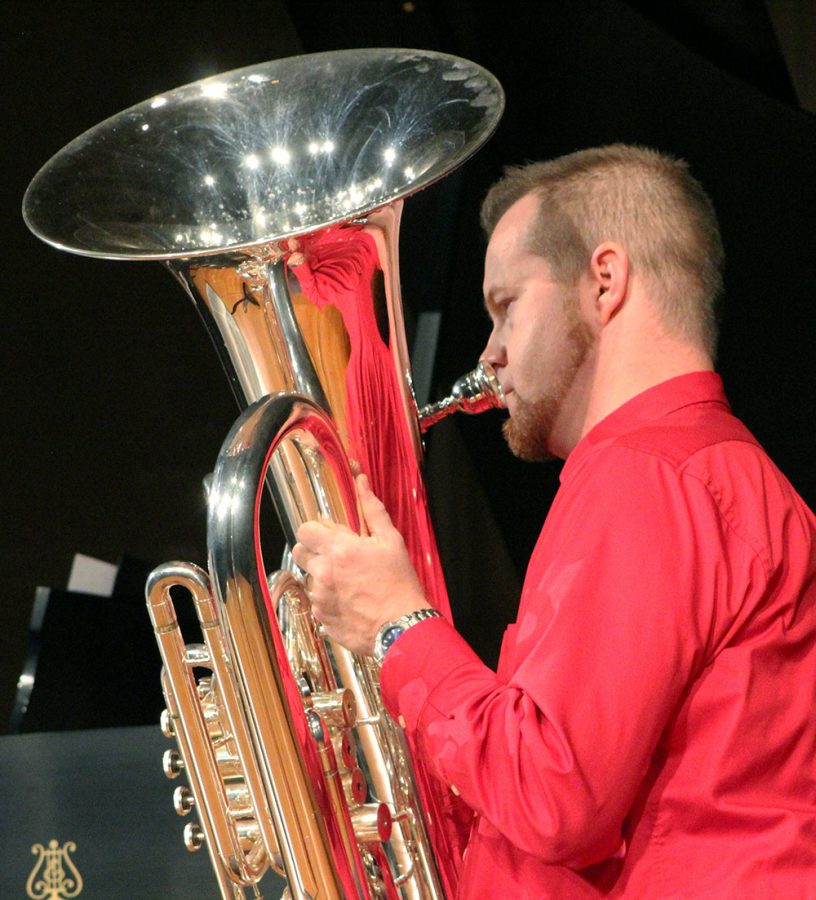 The finale of Calkin’s faculty recital was marked by a performance of “Tomes of Redemption” by Ben McMillan. Through an onstage speaker system, Calkin’s tuba was joined by a recording of a full orchestra and choir.

Four musical pieces, some having multiple movements, were performed by Calkin and his piano accompanist, Shelly Armstrong, during the hour-long recital. One of those pieces, “Sonata in G Major,” was originally composed by G.F. Handel and transposed by Calkin to be played on the tuba.

Calkin said faculty concerts give music majors a solid frame of reference for the quality of work they should be striving to emulate.

“If you were going to school in Boston, New York or Los Angeles you can go see great music all over the place. It’s everywhere,” Calkin said. “Being where we are, the choices are very limited and that’s one of the reasons I perform so much all over campus.”

Calkin said he tries to perform a solo recital every semester. Each performance requires him to prepare about an hour of repertoire.

Calkin said faculty recitals help professors remain lifelong learners. “It keeps us engaged in the act of learning which helps us be more effective teachers,” Calkin said. “We have to keep growing ourselves. If you’re not growing, you’re dying.”

Taylor Kramer, a music education major, said she’s grateful for the frequency of recitals on campus. “We’re really lucky because Josh and a number of the faculty do a recital here almost every semester,” Kramer said. “At most colleges the faculty aren’t required to do that.”

Faculty recitals take up a small portion of Calkin’s schedule. In addition to the numerous classes he teaches, Calkin performs with the Nebraska Brass Band, Northeast Area Jazz Ensemble, A Touch of Brass and substitutes with the Sioux City Symphony Orchestra.

Calkin said he plays anywhere from two to three dozen concerts a year outside of his official Wayne State obligations.

Micah Schut, a music education major, said Calkin is no stranger to rehearsing at odd hours because he has so many classes and musical commitments.

“The amount of time that he puts into both his students and his music is just really astounding,” Schut said. “He gives almost all of his time towards the Wayne State music department.”

Calkin said all the faculty in the music department have a vested interest in student success. The small class sizes and personal interaction students get with faculty in the program make it a prime example for what WSC offers, Calkin said.

Through a common love of music, the students are supportive of each other and don’t want to see anyone fail, Calkin said. 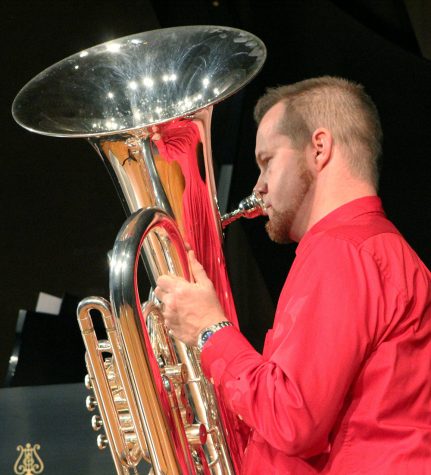 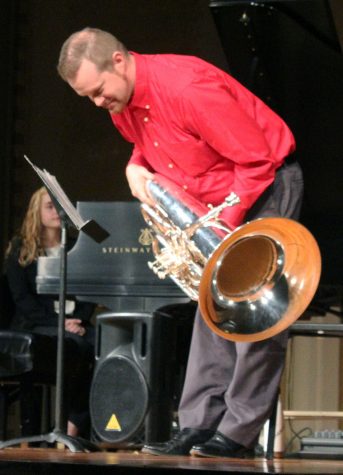