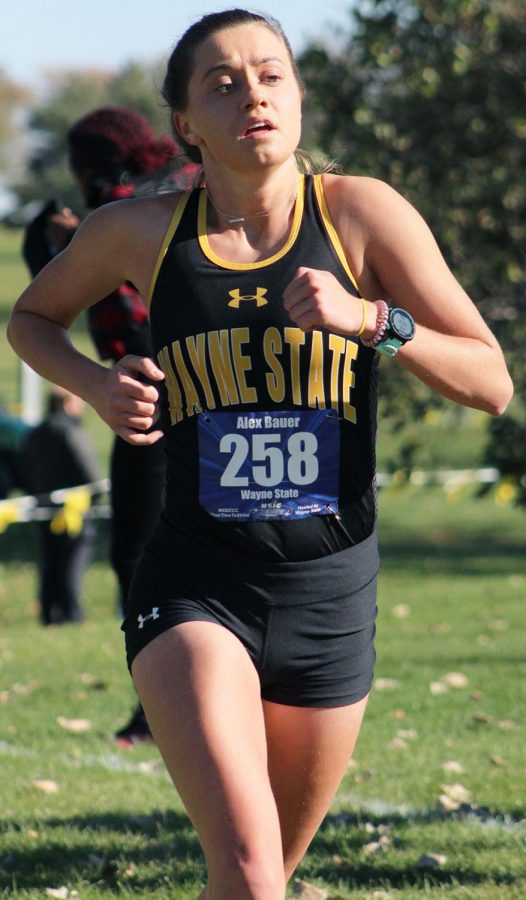 Freshman Jade Rickard was the top finisher for Wayne State on the women’s side with a time of 24:09.58, which secured her spot as the 46th runner to cross the finish line. Coach Marlon Brink said this was Rickard’s best race of the season.

“I was surprised with how I performed,” Rickard said. “I think I ran the way I did because of the tough competition, great atmosphere and daily training.”

Brink said she is the highest finisher WSC has had in the NSIC Championships on the women’s side since 2010.

Junior Bailey Peckham was the highest finisher for the men’s team. Peckham got 54th place, which was his best finish at the NSIC Championships in his three years of racing at the meet, Brink said.

“My time doesn’t compare very well with last year’s, but that is because of the different courses,” Peckham said. “I did, however, place higher than I did last year at conference so I am happy about that.”

“I really enjoyed getting to run the conference meet at home,” Peckham said.

Both Rickard and Peckham said hosting conference gave them a leg up against their competitors since they are already familiar with the course.

“Our training helped get me better prepared for this race because we were able to practice on the course and practice running up the hills that would be a part of the race,” Peckham said.

Even though WSC’s course isn’t fast and flat, Peckham said it was still great to run there and have more Wayne State people cheering the Wildcat runners on.

“Our friends and families were able to come out and support us which played a big role in the way we performed,” Peckham said.

Brink said Wayne State had to put in a lot of work to get the course ready for a championship caliber meet. He said that the college did a great job of setting up the event.

The Wildcats’ next race is the regional championships in Joplin, Missouri on Nov. 9.

“We ran okay on Saturday, but not a great race from everyone,” Brink said. “Our goal for out next meet is to have everyone run their best race on the same day.”

“I am really looking forward to the next the nice weather in Joplin for our regional meet,” Rickard said. “We have all trained and worked hard for this moment and I think we are all capable of getting personal records.” 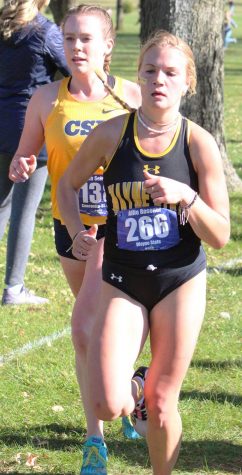 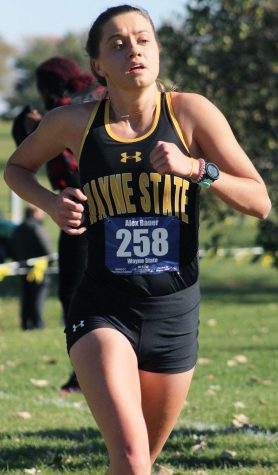