Students get spooky at Haunted Trail 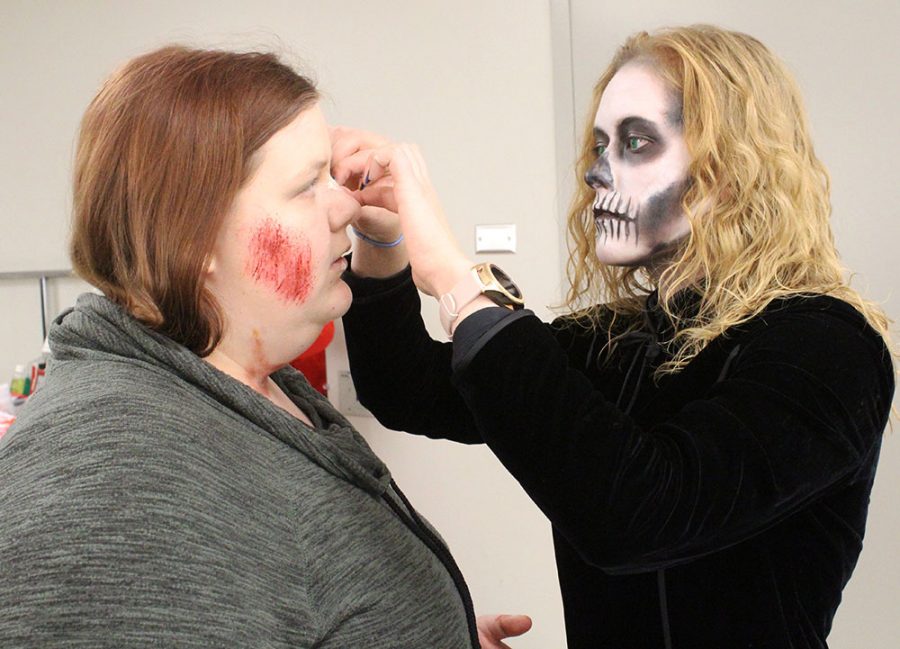 The annual Haunted Trail, held by the Wayne State College Drama Club as a fundraiser and an outreach, was open Oct. 24 to Oct. 26 and will open Halloween night from 7-10 p.m.

“The Haunted Trail is a haunted nature encounter,” WSC Drama Club president Claire Barnes said. “It takes characters from an average haunted house and puts them outside in the woods.”

“It is our main fundraiser, but it is also a way to outreach to the community and there was a lack of a haunted house in Wayne, so we could supplement that,” Barnes said.

Each year there is a theme for the trail, and the theme for this year’s trail was cult Barnes said.

“I really enjoy stressing out the visitors to the point where they get startled when they reach the next actor,” Keith Lewis, a WSC Drama Club member, said.

WSC Drama Club members, theatre faculty and interested students pick a character based on the theme and gather the supplies needed to pull off their looks, Barnes said.

The students and staff can get costumes from the costume shop, Barnes said. Students also sometimes bring their own.

Lewis said his character was based on “Mack the Knife” from the Three Penny Opera.

“I thought it was very creative,” WSC student Mackenzie Crosgrove said. “I definitely got spooked. The actors and actresses did a wonderful job on their parts. I hope there will be a great turn out the rest of the time it is going on, because it is a time for great memories.”

“Evil Dead: The Musical” is in partnership with the Wayne Community Theater and offers its show Oct. 31 at 6 p.m. in the Black Box Theatre.

The Haunted Trail begins and ends at the walking trail entrance near the Mamie McCorkindale School Museum, locally known as the frisbee golf course.

The trail costs $5 per person, or $3 per person in a group with eight or more. 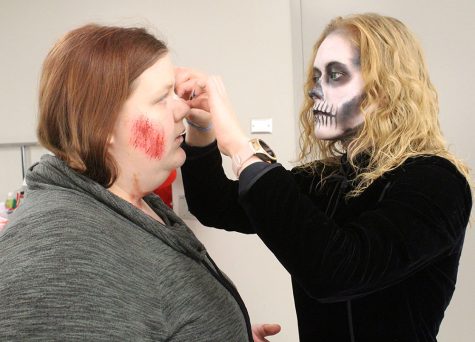 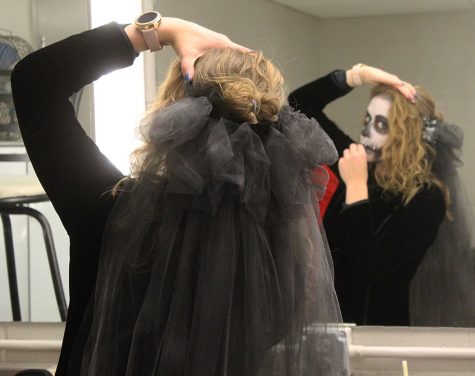 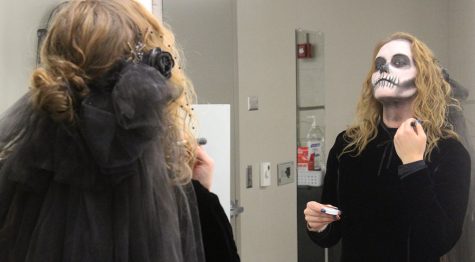