Volleyball continuing to rake up victories 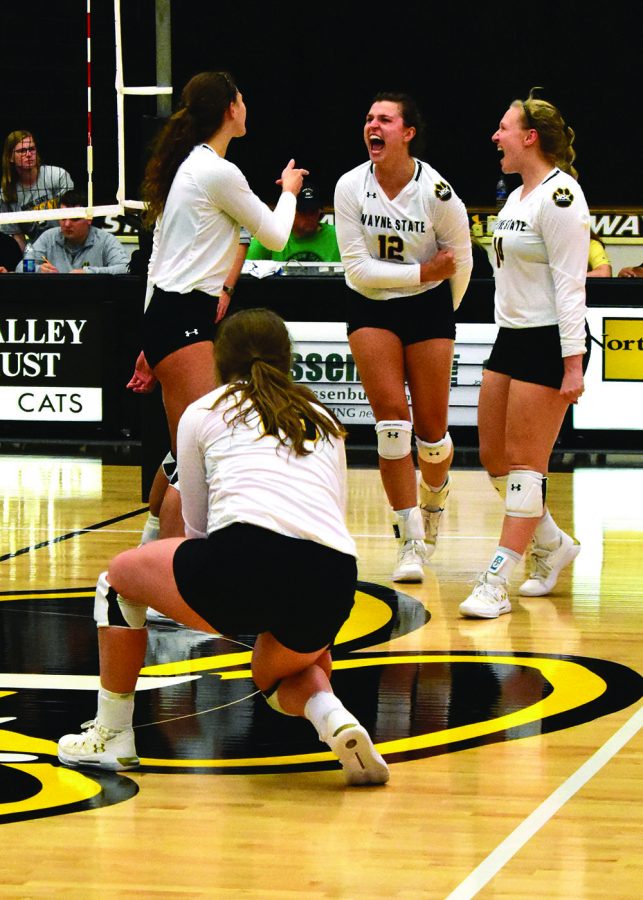 The 15th nationally ranked Wayne State Wildcats volleyball team got wins in all three of their matches this past week.

The Wildcats began the week last Tuesday hosting the Augustana Vikings in their annual blackout game. Katie Stephens led the charge with 14 kills, while Rachel Walker had a team high 49 assists. The match ended in a three sets to one final to seal the Wildcat victory.

On Friday the Beavers of Minot State came to test the Wildcats. Jaci Brahmer led the team with 11 kills to go along with nine blocks. Haley Kauth had 14 digs, and Rachel Walker had 29 assists. The Wildcats swept the Beavers in three straight sets in dominating fashion, by scores of 25-13, 25-15, and 25-14.

The Wildcats had a quick turnaround to play again on Saturday. The University of Mary Marauders came to Wayne for the match. The Wildcats made it look easy, sweeping the Marauders in three straight sets. Alyssa Ballenger had 11 kills. Kauth stepped up with 13 digs, while Walker had 29 kills.

Brahmer is currently leading the Northern Sun Conference in hitting percentage at .421.

“My main goal every season is just to do the best that I can and do my job for my teammates,” Brahmer said.

Brahmer was named All-NSIC Second Team last season and is having another fantastic start.

The Wildcats are on a three match win streak after dropping three straight sets in a match against Northern State a week ago. They currently stand at a 12-1 record while being 3-1 in conference play. The Cats currently hold the third sport in the Northern Sun Conference behind Minnesota Duluth and Southwest Minnesota State. 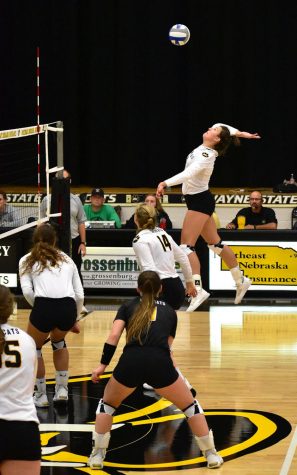