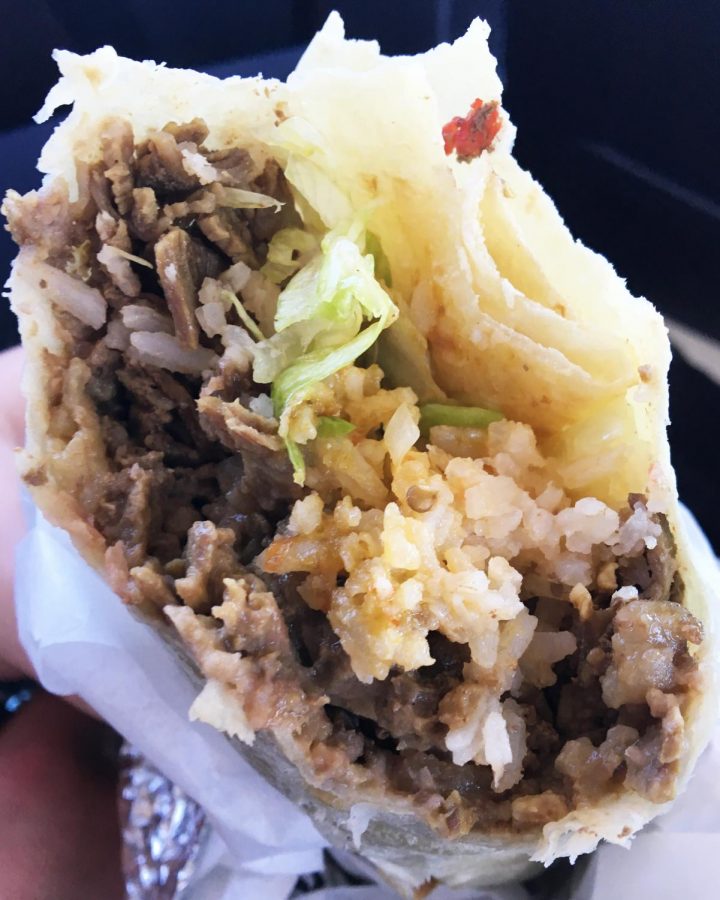 Food critic Kori Siebert visited El Rodeo in Norfolk Saturday and was impressed by the food.

Want to eat somewhere amazing that is super close, won’t break the bank, and is very sketchy? El Rodeo in Norfolk, Nebraska is the place to go. I honestly pride myself on being a connoisseur of food from sketchy places; they honestly have the best food. This place was recommended to me by a friend of mine, though, so I can’t take full credit for finding this gem.

El Rodeo was beyond sketch, you had to park all the way at the back of an alley because the entrance was through a back door. The restaurant was legit about the size of a dorm room and had two small square holes in the wall: one where you ordered and one where you were handed your food. Though this place was sketchy, it did look clean, so I wasn’t worried about that aspect of the experience.

There were only about 10 items on the menu, but my mission was to try their huge hunkin’ burrito. I’m really not a burrito fan at all so I was a little skeptical, but this was top notch no doubt.

The burrito was the size of my forearm and had the girth of my fist. It had the perfect proportions of each ingredient letting me taste everything in every single bite. The burrito was warm, keeping the beans, beef, lettuce, and rice all safe inside.

Whenever I eat Mexican, I like it to have some sort of sauce like sour cream or salsa, but that was an extra 50 cents, so you obviously know I didn’t pay for that. I ate it “Plain Jane” and honestly it was amazing. I could taste everything without having a sauce to cover up all the food. The lettuce was fresh and crisp, the rice was warm and soft, the beans were mushy, and the beef was steaming and seasoned.

Overall, when I was eating the burrito, I did experience some fall out, but I’m obviously not a pro burrito holder or eater. For as huge as this burrito was, I probably could have eaten it for two meals instead of one, but ya know, my stomach wants what it wants. Half-way through eating the arm length burrito it was getting a little spicy, so I had to take a quick break to let my mouth cool down, but other than that, no complaints.

For as huge as the burrito was, it was only around six dollars which was a total steal in my opinion. In the words of my boyfriend, “It’s cheap, it’s tasty, it’s sketchy.” What more could you want in a place to eat? I’ll definitely be returning to El Rodeo sometime soon to satisfy my new burrito craving.