The Wayne Stater shows off prowess at Golden Leaf Awards 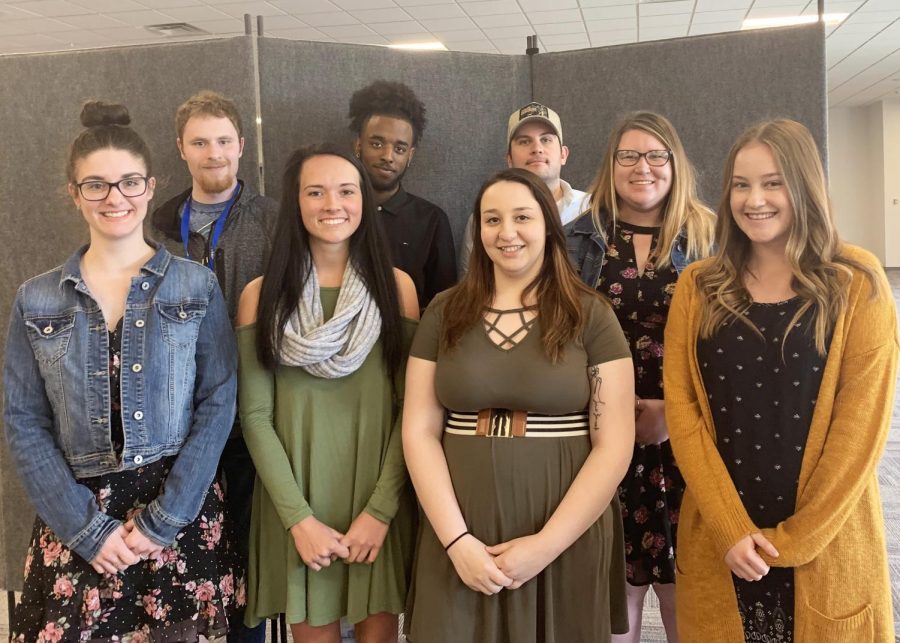 The Wayne Stater staff who attended the the Golden leaf awards.

The Wayne Stater collected eight awards at The Golden Leaf Awards on April 13.

The Wayne Stater itself won first in Best Overall Website, thanks to online editor Libby Dunn.

Best Feature story went to Urvina for his article, “WSC student hits the bricks — Lego bricks, that is.” The article is a feature on a WSC student who makes and sells Legos to help pay his bills while in college.

“I didn’t expect much of it, and it was also first semester, so I wasn’t really into journalism or writing back then,” Urvina said. “It’s not an article I really have in my mind that I think, ‘oh wow this article was great’ but the people who judged it thought different.”

According to Urvina, the atmosphere of the awards was inspiring and enjoyable.

“I liked the experience of going to the Golden Leaf awards, because I think it was a good opportunity for us to meet other people,” Urvina said. “It was also fun to listen to the guest speakers who came.”

Urvina is originally from Curacao and transferred to WSC at the beginning of the school year.

“I wasn’t expecting to be the first-place feature story, especially because I’m coming from a different country and English is not my first language,” Urvina said. “I felt kind of proud that I was competing with some of the best student journalists from Nebraska, even though I’m an international student.”

Earning a Golden Leaf award is something Urvina can show off and be proud of.

“I think it’s something I could put on my resume and also in my portfolio,” Urvina said. “I think it was fun and I’m also happy that Bergh gave me this opportunity, he always pushed me and helped me to be better.”

“I felt connected to it since I’m from Wayne and experienced that day,” Vovos said. “It brought back all the emotions and memories.”

“I was very surprised, and it was a great honor to receive,” Vovos said. “I don’t think it’s changed my career because I’m not a journalism major or minor, but writing always helps in all aspects of communication.”

Members of the Wayne Stater staff and news writing class were awarded for their incredible articles and work this year.