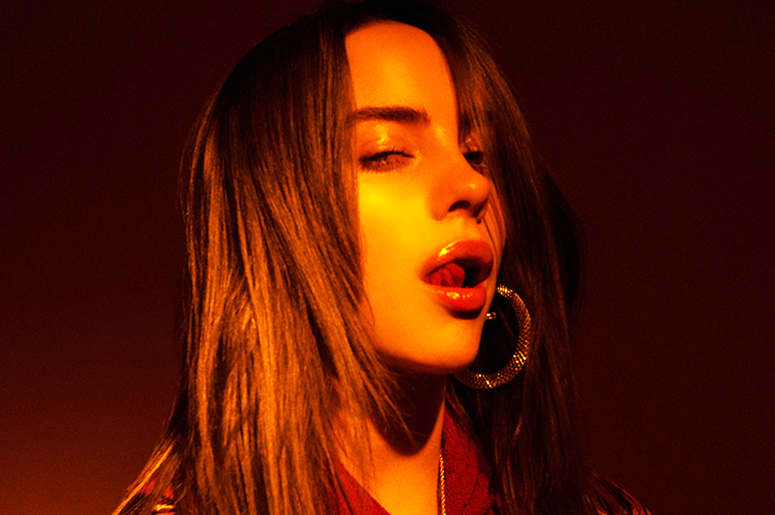 Two years later after releasing her phenomenal EP, lyrical genius Billie Eilish debuted her first album, “WHEN WE ALL FALL ASLEEP, WHERE DO WE GO?” on March 29.

The intro to the album is Eilish laughing as she announces, “I have taken out my Invisalign and this is the album.”

The second track on the album is “bad guy.” Throughout the song, Eilish plays the “bad guy” in the relationship. She also makes sarcastic jokes about her boyfriend who is not a bad guy at all.

“Xanny,” is the third track on the album, and it has incredible bass. Eilish’s vocals are soft and sweet over a slow beat that matches well with the songs subject. Xanax has been used and abused in the music industry, which has been the downfall of many artists.

Eilish sings, “I don’t need a xanny to feel better. On designated drives home, only one who’s not stoned. Don’t give me a xanny, now or ever.” The song ends with Eilish’s beautiful harmonies in acapella.

The bass on the ninth track “my strange addiction” is so incredible. Many people love this song because it features snippets of clips from the hit TV series, “The Office.” In an interview, Eilish said the way she interprets the song is different stages of sleep.

In the twelfth track, “listen before I go,” Eilish sings about suicide and warning her lover to listen to her before she kills herself. The pre-chorus throughout the song is, “If you need me, wanna see me. You better hurry, I’m leavin’ soon.”

The thirteenth track, “i love you,” is light and airy and explores the struggles of a failing relationship. The song sounds like Eilish in her natural element— it’s an acoustic ballad that highlights her wonderful falsetto. It also features vocals from her brother Finneas.

Eilish’s outro song “goodbye,” is one of the best I’ve ever heard. It’s a beautiful melody that is written of different lyrics from each song on the album. The song, 1 minute and 59 seconds long, ends with Eilish singing, “I’m the bad guy.”

When I first listened to the album, I was very confused about it. Not in a bad way, like Logic’s new album, but in a good way because no one else is producing music comparable to Eilish.

I listen to a lot of different music, and I don’t really have a category I would put her in. At 17, Eilish has created her own genre that only she fits into. iTunes puts her in the alternative category, which I kind of agree with but also don’t.

In terms of production, all of the tracks are stand-alone songs. Eilish has a wide range of what she can execute musically. I think this album is her best body of work because of how well she’s able to differentiate herself from other artists.

“WHEN WE ALL FALL ASLEEP, WHERE DO WE GO?” is riding the wave on the iTunes Alternative Charts, sitting at number one. Eilish’s 2017 album, “dont smile at me,” is following her new album at number two. Eilish has four tracks in top ten on the iTunes alternative charts with “bad guy” sitting at No. 1.