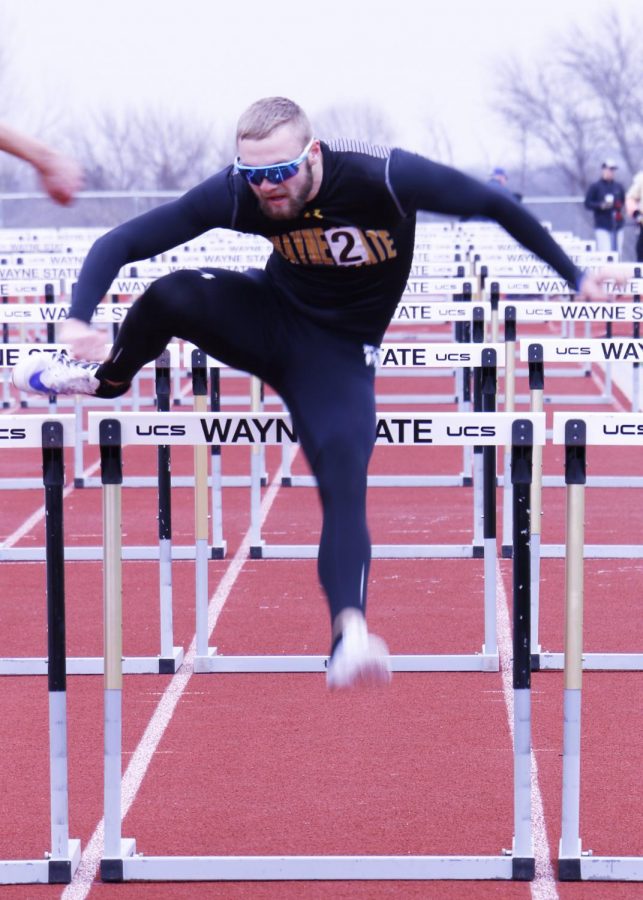 Sophomore Preston Davis recorded a personal best mark in the javelin, recording a throw of 173’ 11” to win first place at the Wildcat Classic this past weekend in Wayne, Nebraska.

“I think everyone prepared well,” freshman Marin Jetensky said. “There is nothing like the ‘first meet of the season jitters’. We just got done with the indoor season a couple of weeks ago, so we jumped right into the outdoor season.”

“Everyone enjoyed having a meet at home,” Jetensky said. “A lot of the team had family drive up from all over just to watch us compete. It is one of the best feelings ever just to know that you have a good fan base and lots of support.”

The men’s side featured two Wildcat first place finishes as well, led by senior Robert Sullivan and sophomore Preston Davis. Sullivan took first in the long jump event with a top mark of 22’ 11”. Sullivan also recorded a second place finish in the 110-meter hurdles event with a time of 15.41 seconds. Davis recorded a personal best mark of 176’ 11” to win the javelin.

“Home meets are fun because you get to compete in front of your friends and family and they don’t have to travel hours at a time to watch us compete for only a few hours,” Davis said.

“I thought we did really well on both sides for our home meet, considering the small amount of outdoor prep work we got to do,” Davis said. “We had a couple event wins and the team did well considering weather conditions.”

Wayne State men and women’s track and field teams will be back in action on Thursday, March 28 at the Fort Hays State Invitational in Kansas.