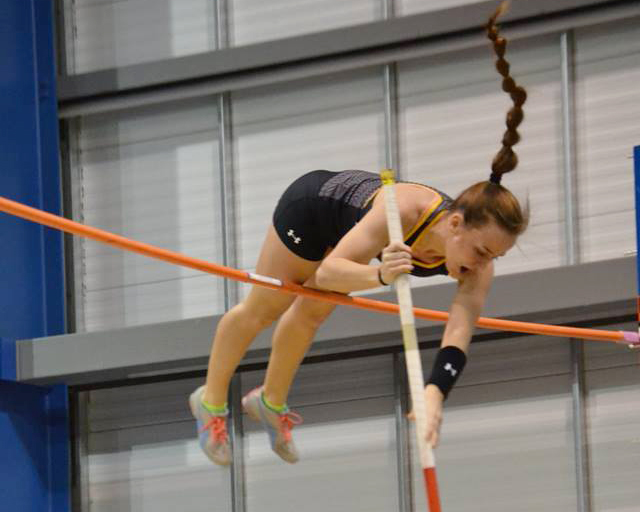 The Wayne State men and women’s track teams competed at the South Dakota State Tune-Up Invite in Brookings, South Dakota last Friday, Feb. 15. The “Last Chance Invite” was the final opportunity for Wayne State athletes to qualify for the NSIC Indoor Championships in Mankato, Minnesota this Friday and Saturday.

“I thought we had a good meet [in Brookings],” head coach Marlon Brink said. “It was a tune up meet for us and everyone was doing their primary events and trying to have a good mark going into the conference meet, if not there season best or lifetime best. We had quite a few kids that ended up with those marks.”

Freshmen Mikayla Marvin and Jordyn Pester each won events on Friday to lead the way for the Wildcat women. Marvin won the pole vault with a mark of 11’7” to break the school record for the fifth time this season. Pester won the 200-meter dash in 25.84 seconds.

“I was looking at some team score projections (for conference) and the women’s side is really close from about fifth place through ninth or 10th place,” Brink said. “There’s a whole slug of teams that are within about five to 10 points of each other. Last year, we missed bumping up a spot by half a point, so every point really makes a difference there.”

Cade Kalkowski, Preston Davis and Mikhail Sands each earned second-place finishes to lead the men. Kalkowski posted a 65’ 7 ¾” mark in the weight throw while Davis’ time of 8.60 in the 60-meter hurdles earned WSC another second-place finish. Davis also secured fifth place in the 200-meter dash (23.40) with teammate Jacob Ladage finishing in sixth (23.56).

“Our mid-distance coach James Bowlin has been doing very well with not only training the mid-distance group, but overall just giving everyone great tips on what to do and how they can be handling the workload throughout the season and how to be peaking at this time of the year,” Hegarty said.

Dylan Kaup recorded an NCAA provisional mark in the weight throw, placing fourth at 61’ 5 ¾”. Ben Allen and Jayle Hinkle tied for fifth place in the shot put, each throwing a mark of 50’ 5 ½”.

For each the men and women, a top-30 performance through the course of the indoor season earns them a qualification at the NSIC Championships. Hegarty, who qualified in the 1,000, knows personal best times will be a must for the Wildcats to reach their potential as a team.

Field events and the Heptathlon competition begin at 9:30 a.m. Friday and running events begin at 1 p.m. Every event on Friday is preliminary with the exception of the Distance Medley Relay. Field event finals begin on Saturday at 9:00 a.m. with running events to follow at 1:30 p.m.

“We’re looking for, number one, getting kids in positions where they can score points for the team,” Brink said. “Every point is important so if they PR, there’s a good chance that’s going to put them in position to score, and if they score, that means they’re helping the team. So that’s what we’re looking at: how we can get the most points out of every athlete that we take to the conference meet.” 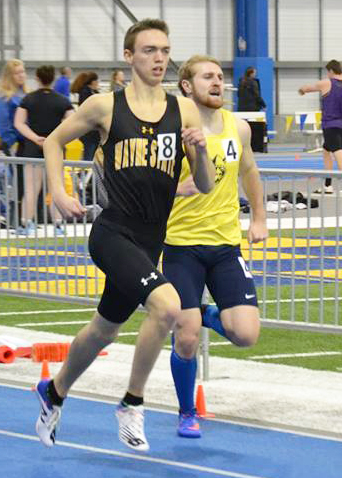 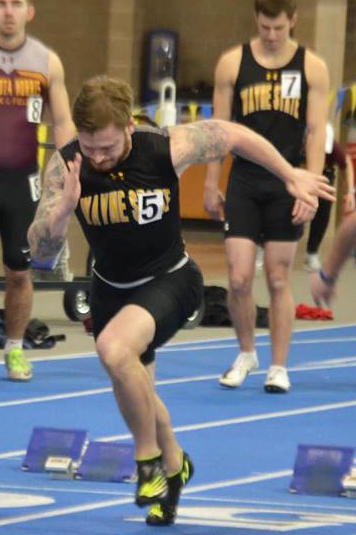 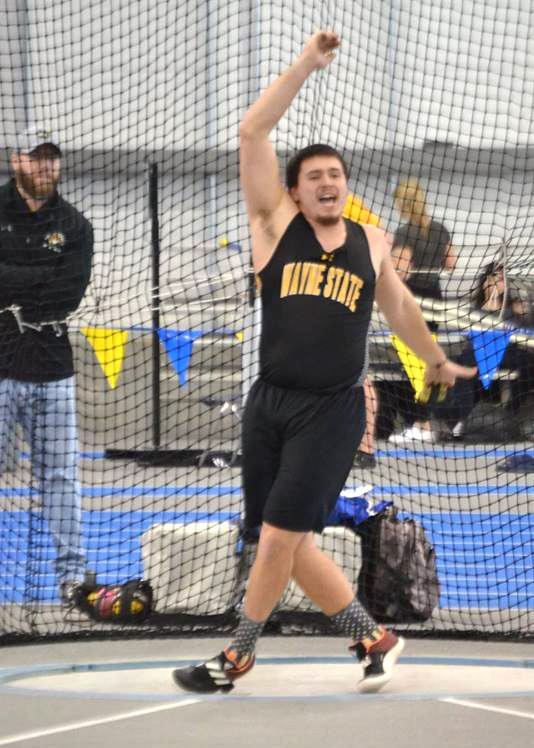