WSC baseball through the Broken Antler 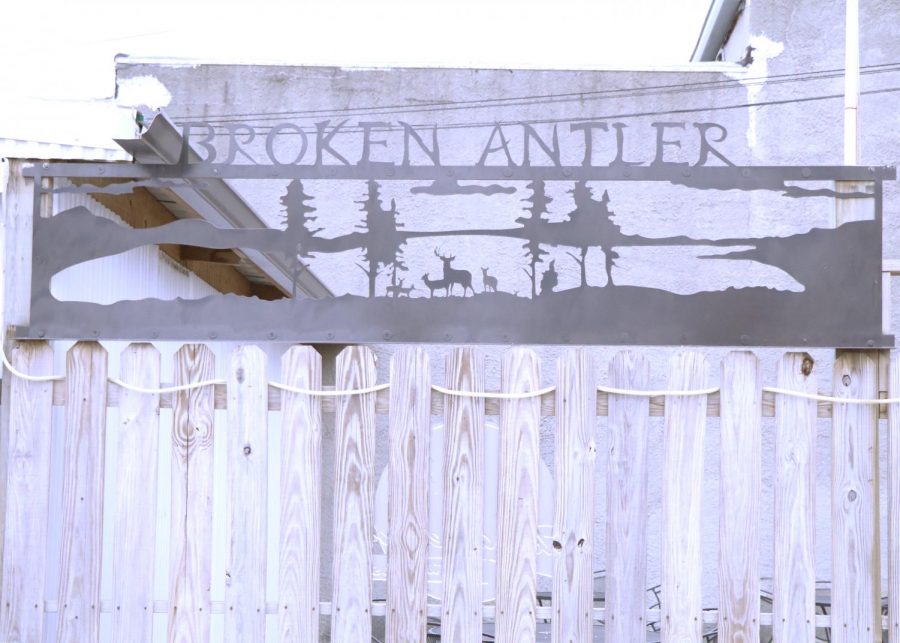 The smell of fresh cut grass. The ping of peppered balls off of aluminum bats. Sunflower seeds and bubble gum wrappers that line the steps of the dugouts. These are the first thoughts that come to me when I hear the most beautiful two words in sport, “Opening day.”

This morning I woke up to negative temperatures, snow on the ground and wind that solidified my feeling that I should gain weight. While the weather has brought the campus community to a standstill, I am snug in my off-campus apartment with my wife and our two-and-a-half-year-old daughter, who is recovering from a particularly nasty case of influenza A.

“All work and no baseball, make Vito a dull boy.”

I am sorry, what was that?

“All work and no baseball, make Vito a dull boy.”

The only saving grace is while my daughter naps, I am able to walk to the bar which used to be called Mikey’s but now is called the Broken Antler. It’s half a block from my apartment, where I hope to meet with the former owner of Mikey’s, Mikey Meyer, who just happens to be a highly decorated alumnus of the Wayne State baseball team. If the weather is going to throw me snow, then I will make snow balls, or something. If you don’t think that Mikey is highly decorated or that he is a legend, just give him ten minutes and he would be happy to inform you that he is, unprovoked.

I was hoping when Mikey would walk in to the bar, I wouldn’t recognize him. That retirement had treated him so well, his beard would have grown down to the middle of his barreled chest, barely covering the grin that always covered his face. Every patron in the bar would want his ear. Just a simple hello, a memory from years ago and you would have his attention.

After greeting everyone in the bar, I imagine, he would take the stool next to me, still smiling. He wouldn’t talk right away, he’d just smile, staring at me, waiting for something. These moments always make me nervous. So, I would start with the small talk and make sure to ask him personal questions. He loves talking about himself. This interview could be really easy. I like that.

“So, you want to interview me about my career playing ball at WSC, huh? Man, them were the days,” Mikey would say, looking down into his Pendleton and water.

I wonder how anyone can drink that crap, but I keep it to myself, there’s no need to start an unwanted argument about whiskey. Certainly, not at ten o’clock in the morning, and certainly not at a fine drinking establishment like The Broken Antler.
Mikey likes to tell everyone that those days are long gone. Although, when he owned the bar, one TV was always tuned in to the MLB network.

Most of Mikey’s stories begin with, “Did I ever tell you about the time…”

I imagine all these beautiful baseball conversations as I swipe through the Wayne State baseball web page, waiting for Mikey to arrive. It’s been a good two hours and I am starting to wonder if the weather has gotten the best of him.
My phone wiggles and I notice that Mikey has texted me.

“You could come out to the farm if you want,” he said. “I could send you home with some stew.”

Really, I think to myself, in this weather? Realizing that this interview may not happen in person, I start firing off questions in one giant text message back to him.

“So… when did you play ball for WSC? Can you list some of the accolades you earned? Do you still follow WSC baseball? They are picked to finish sixth in the NSIC this year, any thoughts? How does WSC get to be a perennial power in the NSIC? Coaching/development? Facilities? Recruiting? Or just winning?” I asked.

I thought for sure if we couldn’t meet face-to-face that he would be down with this kind of questioning. I imagined him getting my long-winded question on his flip phone, and realized maybe this was a futile effort.

So now I have been waiting at the bar for the last four hours, I could have gone home earlier, it was obvious this might not work out. But I lingered. My daughter has influenza A, and this was a legitimate excuse to, at least, have an adult, manly conversation about baseball and stay away from the sickness.

WSC baseball is predicted to finish sixth this year in the NSIC. They have two players on the preseason all-conference team, a second baseman and a pitcher (he’s not left-handed, probably not going to the majors). Nobody at the bar had any knowledge of the WSC baseball team. I am not sure if that means the baseball team is irrelevant, or the majority of my sources were too drunk to care.

“I don’t know anything about WSC baseball,” Bud Light said.

“WSC has a baseball team?” asked Windsor and Coke.

“Could you buy me one? I am a little short,” asked Vodka and Red Bull.

So, there it is. It’s as clear as mud, and it covers the ground. WSC has a baseball team this year. Hopefully, they will turn some double plays and hit some home runs. A player will get hurt, hopefully it won’t end his career, and the WSC baseball team will play baseball.

When the world gets thawed out enough to turn again.