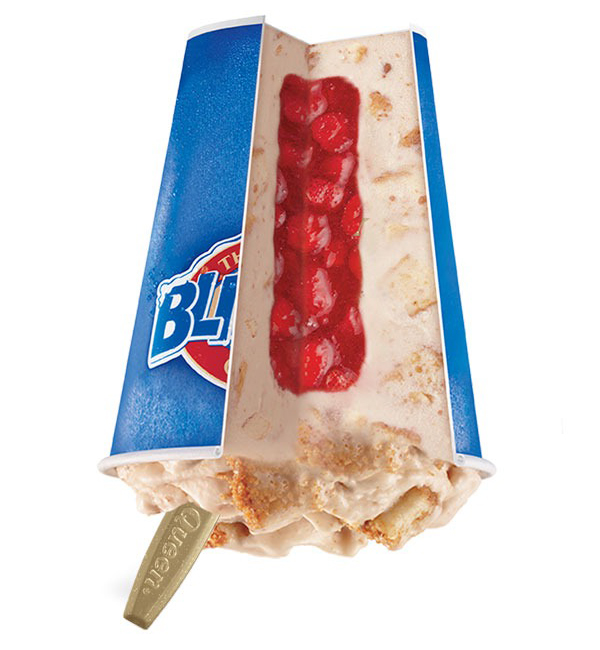 What are college students really after? Food, convenience, and something cheap, am I right? What if I told you that you could have cheap food that is very convenient? Dairy Queen is legit two blocks away, it’s not only convenient and cheap but it’s a great hang out spot if you’re needing some ice cream to chill your sweet tooth. BOOM. YOU’RE WELCOME.

Their Blizzard flavor of the month (and for a limited time only) is Reese’s Outrageous, and let me tell you: it was outrageously peanut buttery. It has Reese’s Pieces, Reese’s Peanut Butter Cups, caramel, and drum roll please . . . even more peanut butter. With every bite, the peanut butter goodness is smothered throughout the vanilla soft serve ice cream.

Now, I’m not allergic to peanuts, but if I was, I would be so devastated that I couldn’t eat this nutty heaven. It definitely lives up to its peanut butter name. The Reese’s Pieces gave the ice cream a nice, crunchy texture while the cups were smooth and slid right down the old pipe. I loved this Blizzard, but the calorie count, at 420 calories, surprised me for a Mini Blizzard. Is knowing the calorie count going to stop me from eating it? Nope.

Under the signature creations at DQ, the Choco Brownie Extreme Blizzard was one that caught my eye. This one definitely surprised me with having the least number of calories at 400, even though I felt like this one was the sweetest out of all three. There were slivers of chocolate chunks, cocoa fudge, and brownie bites mixed with vanilla soft serve ice cream.

If you have a sweet tooth, peeps, this one is for you. You get the sweet brownie in every bite, plus bonus chocolate chunks to get the crunch in there, and the fudge . . . well the fudge speaks for itself. To be honest, I loved this blizzard, but it was just too sweet for me. I could barely finish the mini, but I had three mini blizzards right in front of me so this one got the short end of the straw being too sweet to finish.

Did I mention I got cheesecake in every bite? No scoop of ice cream that went into my mouth was left behind without cheesecake accompanying it. NO ICE CREAM LEFT BEHIND! The grainy like graham cracker crumbs were a perfect crunch to separate the chewiness from the ice cream and cheesecake bites. BUT WAIT, THERE’S MORE. Since this baby is a royal blizzard the middle was hollowed out and filled with strawberries. The strawberries were the definite kick this blizzard needed to sell me on being the top blizzard of the three. Even though this treat had the highest calorie count with 440, it didn’t matter. Still my number one.

Ultimately, in my opinion, three blizzards equals one medium Blizzard. The cost of a medium blizzard is way less than buying three mini blizzards individually, so if you’re ice cream hungry and want to save money, buy the medium instead of three minis. My first recommendation would be the Strawberry Cheesecake, then the Reese’s Outrageous, and finally, the Choco Brownie Extreme. If you can’t tell by now, I love ice cream and I think it should be in its own food category.