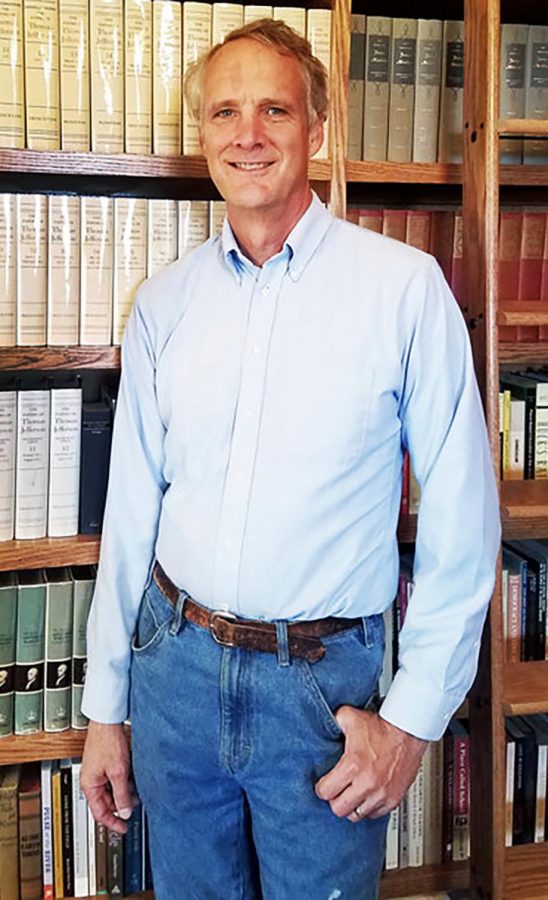 Paul Theobald, born and raised in Minnesota, was an educator and teacher at Wayne State College. Now Theobald, a Pierce County resident, has decided to run as a Democrat against Adrian Smith for Congressman. Theobald has a different perspective in some specific categorical issues that makes him stand out against Smith in the race for Congressman.

“I’ve not been a politician in the past, but it has become increasingly clear to me watching what has happened to the third congressional district in Nebraska,” Theobald said. “Somebody like me needed to step up and get involved.”

To turn around the depopulation trend that is going on in the third congressional district in Nebraska, Theobald has three components that he thinks are going to bring up the population and change the face of rural Nebraska: agricultural, healthcare and education policies (specifically funding of public schools). Schools in the third district are almost all funded by property taxes. Reasons for this are because Nebraska doesn’t have much diversity economically and the governor is cutting taxes on the wealthy and different corporations which reduces revenue.

“This country has got to come to grips with the fact that it’s okay to generate revenue,” Theobald said.

Agriculture has a very big influence on rural Nebraska. Small towns wouldn’t be able to stay afloat without the business or school support small farms provide. Having to drive many miles for school or for healthcare is not the quality of life that Nebraskans in rural areas are used to. Theobald, having experience with farming, has differentiated himself from Smith.

“[Nebraska needs an] agricultural policy that will stabilize our population of farmers and ranchers and even begin to grow it,” Theobald said.

Theobald is concerned with the federal policy that Nebraska already has in place. The policy right now opens the door for publicly traded business to integrate. Not including family run farms, turning the farm business into corporate America is the policy trajectory that is in place right now. Theobald wants to preserve the current way of life and democracy.

Having experience in education puts Theobald at another advantage in this race. He worked at Buena Vista in Storm Lake, IA and also at WSC. One aspect that Theobald pointed out was funding. There is currently a 19th century policy in place that just isn’t working with our society. Taxes back then were based on local property, which isn’t the case today. Nebraska needs a new system that isn’t as outdated as the one that is in place today.

“There is nothing better than a small community with its own school system, own high school competing in band competitions, one-act plays, basketball games, whatever it is, it is a wonderful community vitality piece that needs to be protected,” Theobald said. “We’ve got to protect our communities with school policy that is much more community friendly.”

Theobald is also against school consolidation and standardized testing, which is one thing that many schools are trying to incorporate in today’s society.

There are many aspects that are incorporated into the health care policy. America’s Medicare policy is one of the most effective systems in the world. It currently only works for people 65 and older. Theobald is looking to change it to include people who are younger than 65. It is a system that takes the profit out of health care. Americans are running into many problems like not being able to afford health care if their job doesn’t offer it to their employees.

Net Neutrality, the access to internet service through a provider without blocking certain products or sites, is also something that Theobald is for.

“Everyone deserves the same access to the same internet,” said Theobald. “It’s as simple as that. The idea that these telecom companies can say we’re going to package it up to fit people, well we know how that works, the people with the most money will get the fastest internet and they’ll get all the sites they want. The people with the least money will get the slowest internet, they’ll be restricted from accessing certain sites and that’s not the way democracy works.”

Not having any political background has put Theobald in the underdog position in the upcoming election, but he hopes that his perspective on life can put voters on his side. Working as a college administrator handling budgets, research agenda and working close with people has helped shape Theobald into a citizen politician.

As Election Day nears, Theobald is running across the state. He’s traveling from place to place to meet as many people as he can through events in both big cities and small town areas. Theobald is running to defend the rural way of life, preserve and promote it.
Editors note: Adrian Smith did not respond to the Wayne Stater’s request for an interview.