Wildcat Football fires on all cylinders 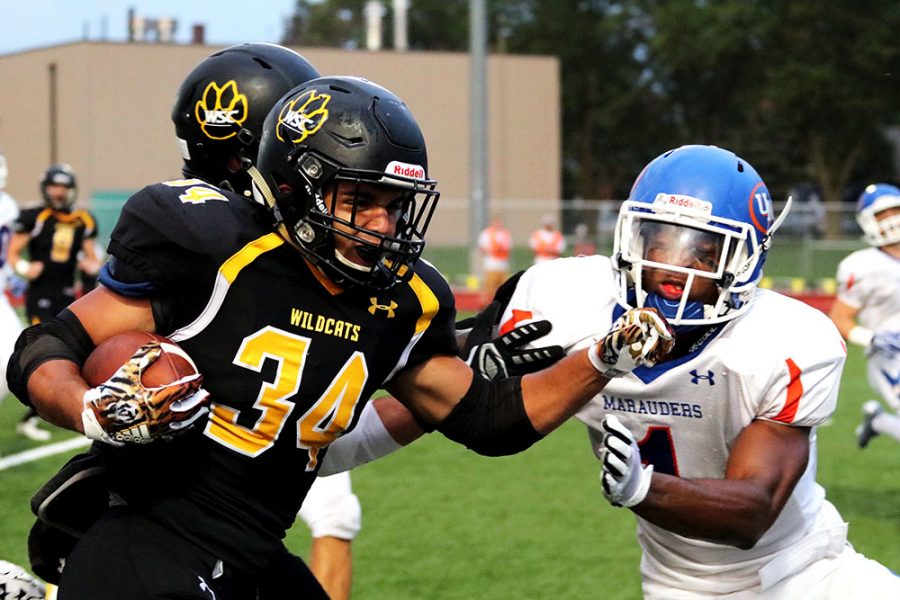 The Wildcats' showed their claws with a 48-10 win over the University of Mary Marauders. Their next game will take place in Crookston, Minn. against Crookston.

The Wildcat football team defeated the University of Mary on Saturday in Wayne with a final score of 48-10.

“Our offense was clicking on all cylinders, and our defense was outstanding,” said Cody Netusil, senior punter.

Defensive back Aaron Wright set the tone immediately by returning the opening kick for a school record 100 yards for a touchdown. That was the first kick-off returned for the Wildcats in six years.

“They couldn’t run their offense once we were up big on them,” said Netusil.

The Marauders did rack up an impressive 312 yards rushing, but it took 59 attempts to reach that number. They managed 44 yards through the air on 10 attempts.

The Wildcats racked up 458 total yards from scrimmage with 295 passing yards, four touchdowns and 163 rushing yards, including one touchdown.
Five touchdowns were simply too much for the Marauders to overcome.

“The team I saw play Saturday night is the team that I thought I had,” said Dan McLaughlin, head coach. ‘The team that played the previous week, I don’t know who those guys were. I thought that we had a really
good team, and we didn’t play very well against Northern-and then I thought that team showed up against Mary.”

McLaughlin is referring to the 16-23 loss to Northern State University the previous week.

“Going forward – consistency – who are we? Let’s be who we are and build on the good things because we played really well on Saturday,” said McLaughlin.

The team knows they can play with anybody after a win of such a large margin, but the key is to remain consistent.

The Wildcats will have a short week of practice as they travel to face Minnesota Crookston on Thursday at 7 p.m.