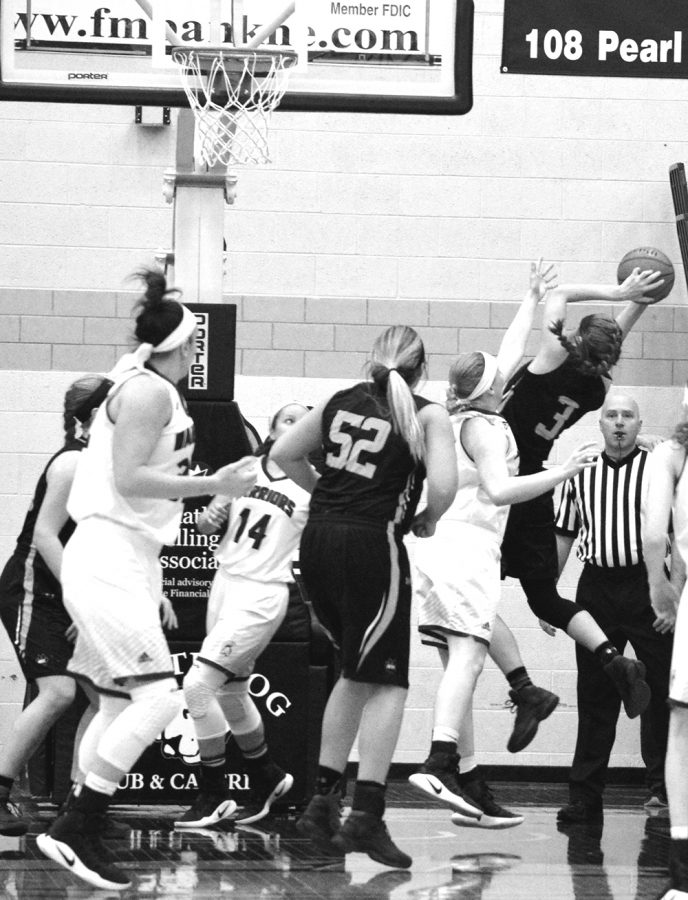 The wins improved WSC’s record to 21-6 overall and 15-6 in conference play.

The 21-win season marked the sixth time out of the last eight seasons that WSC has won at least 20 games.

“You want your program to be based off of sustained success over a long period of time and that’s what we’ve been able to do here,” Kielsmeier said.

Upper Iowa had a rough Friday night at Rice Auditorium, receiving a 40-point beat down from Kielsmeier’s squad, 91-51.

WSC shot at least 50 percent from the floor each quarter. Anna Martensen scored a career high 23 points, with 21 coming in the first half. Kacie O’Connor and Paige Ballinger were the next two leading scorers with 12 and 10, respectively.

WSC played its reserve players for the fourth quarter, who contributed 31 points in the contest.

Overall, the ’Cats shot 54 percent from the field and six of 15 behind the arc. They also hit 21 of 28 attempts from the charity stripe.

WSC had a much more challenging night Saturday in a pivotal Northern Sun Conference game against Winona State, winning 67-63.

There were seven ties and 10 lead changes throughout the game.

Winona scored the first five points of the fourth quarter to hold a 48-47 lead. Wayne responded with eight of the next 11 points to take a 55-51 lead.

A free throw by Winona tied the game up at 61 with just over two minutes to play. Both teams then traded baskets for the final tie at 63 before Maggie Schulte hit the final basket to put WSC up 65-63.

Haley Moore was fouled and hit both free throws to seal the win, 67-63.

Junior forward Schulte reached the 1,000-point mark with a 24-point performance to lead WSC in scoring. She also added 10 rebounds.

“It’s really difficult to score a thousand points by your junior year. She’s a very talented player on both ends of the floor.” Kielsmeier said.

Ballinger is just seven points shy of reaching the 1,000 point milestone. During Keislmeier’s tenure, he will have had seven players reach the historic mark.

WSC shot 38 percent from the field and hit four of 15 from behind the arc. The Lady ’Cats added 19 points from the free throw line.

The ‘Cats will host an NSIC tournament first round game against Bemidji State tonight (Wednesday) at 7 p.m. in Rice Auditorium.