WSC alumnus talked to students about the biology of LGBTQ+ 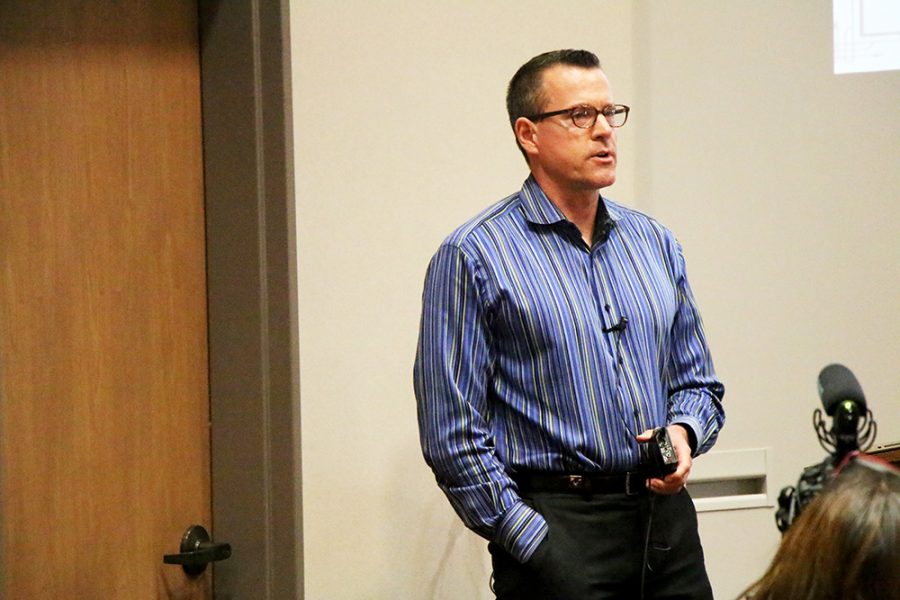 On Wednesday, students and faculty of Wayne State College gathered to listen about the biology of lesbian, gay, bisexual and transgender individuals.

The speech on LGBTQ+ biology was given by Ron Holt, a psychiatrist and Wayne State College alumnus. Holt outlined several issues and stereotypes faced by the LGBTQ+ community, and how studies have shown that being LGBTQ+ is not a choice.

Holt explained homosexual and bisexual orientations, and how being bisexual does not mean that their confused about orientation. He also explained, through the Kinsey scale study, that bisexuality is not the same for every person, and that bisexuals may have a higher attraction to a particular gender.

“Transgender is an umbrella term that’s used to describe someone whose gender identity or gender expression is different than the gender assigned to them at birth.” said Holt.

Sexual behavior is how a people present themselves sexually, while sexual orientation has to do with what a person fantasizes about. According to Holt, a bisexual man who chooses to be only with women is still bisexual, but chooses to present as only heterosexual.

Holt has been working on finishing publication of an untitled book that will be available in December. Holt handed out information to attendees on how to obtain the book for free via Amazon.com once it is available. Holt encourages those interested in his book to contact him or visit his website audacityofpride.com.